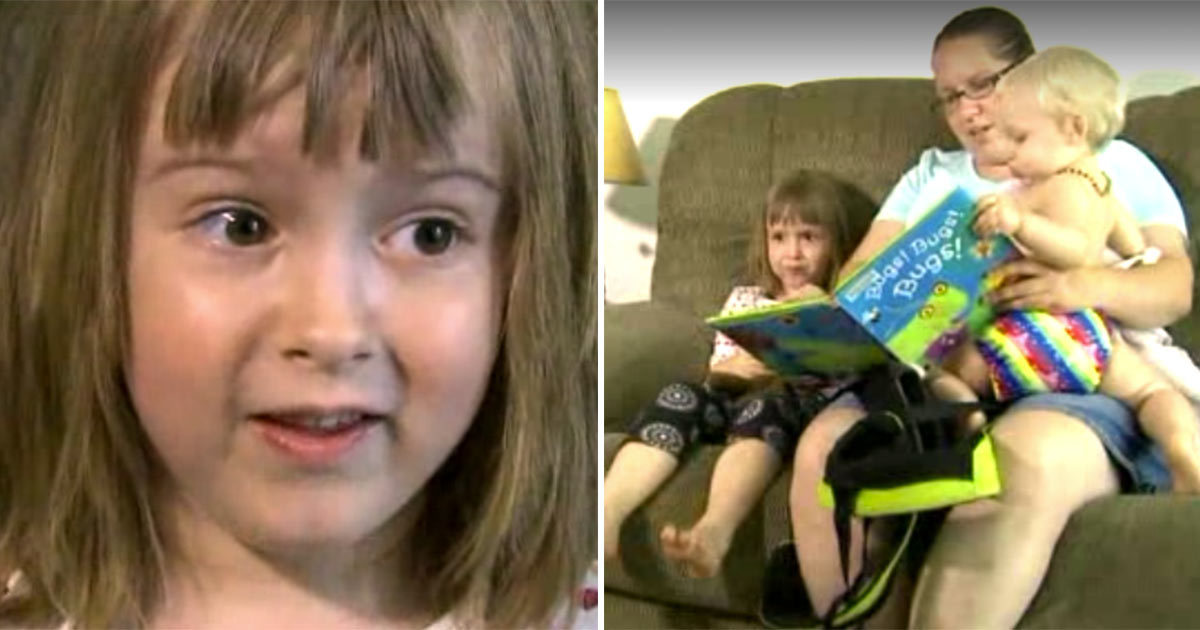 Children have a unique ability to be honest and say exactly what they think.

And four-year-old Abby is no exception. Thanks to her honesty, a crime was solved—even after the police had arrested the wrong person.

It happened back in 2014. Four-year-old Abby was at her Ferndale, Washington home with her 17-year-old babysitter. Suddenly, two burglars entered Abby’s home. They stole money and electronics—and when the police arrived on the scene, the babysitter gave them her account. She said that the perpetrators were two black men and that one of them looked like the man who lived next door.

The police were convinced that the babysitter’s testimony was accurate. They arrested the next-door neighbor and questioned him for several hours.

And just when it seemed like the crime was solved, little Abby told the police something that made the babysitter’s story fall apart in an instant.

“It wasn’t the right skin color,” the four-year-old said in an interview with KCPQ.

She told the police that the perpetrators weren’t black, but white.

With this new information, the police went back to the babysitter. They pushed her about what had happened and told her that her story didn’t hold together—and it wasn’t long before she finally confessed.

The perpetrators turned out to be her 16-year-old boyfriend and his friend, who entered the house while she was at home with Abby.

“In 30 seconds, she changed everything that had been going on for five, six hours,” Abby’s proud mom told KCPQ.

Thanks to Abby, the police were able to make the right arrests. The family got back their stolen belongings—and Abby was proud of herself for her role in the investigation.

“They got it back because of me being a superhero,” she told KCPQ.

What a wise little girl! Please share her story as a reminder that we should listen to our children more!