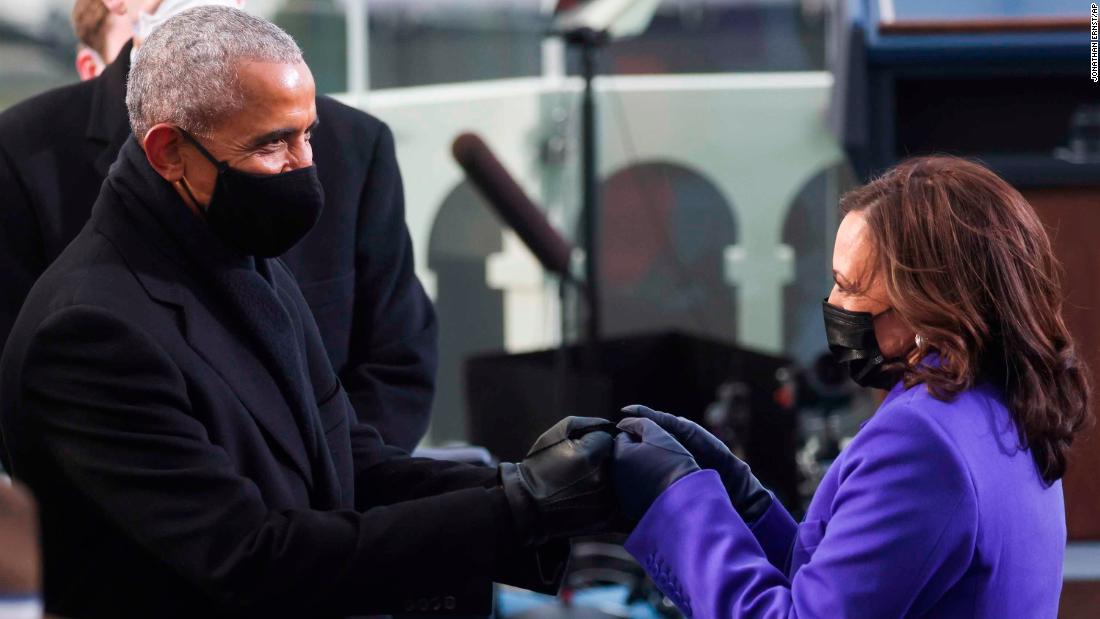 Barack Obama greeted new Vice President Kamala Harris with a fist bump at the inauguration yesterday (Wednesday, January 20) after she made her own slice of history.

Amongst the first to celebrate her achievement were former president Barack Obama and former First Lady Michelle Obama, who themselves made history not all that long ago upon becoming president and first lady respectively.

After being officially sworn in as the vice president, Harris turned to greet Obama, with the two sharing a symbolic fist bump.

She then turned to greet Michelle, and gave another fist bump.

The gesture is of course appropriate due to the ongoing COVID-19 pandemic that has affected all of our lives in some way or another.

Indeed, the inauguration contained a number of coronavirus precautions, including no huge crowd to witness the event, face masks for all the attendees and socially distanced seating.

Harris’ rise to becoming Vice President of the United States has been an impressive one, and it’s certainly refreshing to know that the U.S. is still capable of creating positive breakthroughs in history given the chaos that has reined over the last four years.

Included in her duties, Harris will wield power as the Senate’s tie-breaking vote, which will no doubt aid the Biden administration immensely in confirming appointments and the like.

Were you pleased to see Joe Biden and Kamala Harris sworn in yesterday? Let us know your thoughts in the comments box below.

Meanwhile, share this article on Facebook if you believe the new administration can work to the benefit of the U.S.