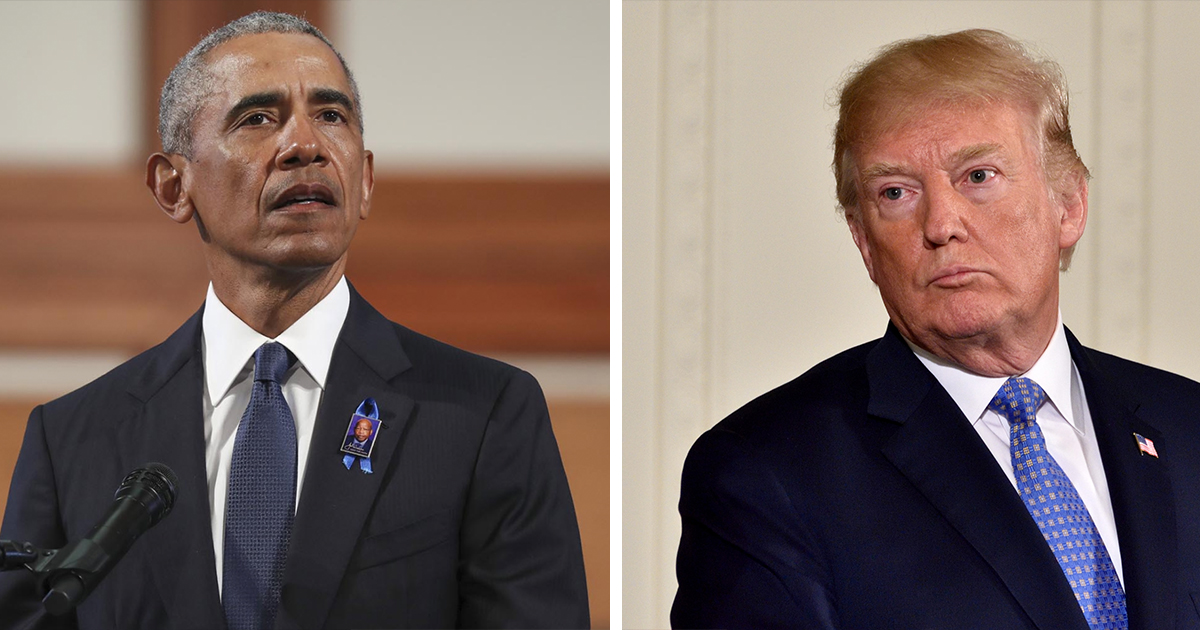 Barack Obama has pointed the finger of blame regarding yesterday’s violence on Capitol Hill in Washington D.C. at current president Donald Trump.

The former POTUS took to Twitter to let his thoughts on the chaos be known, and urged Republicans to “choose reality and take the first steps toward extinguishing the flames.”

Four people were killed a number of others injured yesterday when protestors stormed the Capitol Building and fought their way inside.

The truly shocking scenes made headlines all around the world, and a good many people are suggesting that Trump’s baseless claims over election fraud are what inspired his followers to act.

Amongst those voices criticizing Trump’s perceived involvement was Barack Obama’s. The 44th president said that the violence was “incited by a sitting president”.

Obama’s statement reads: “History will rightly remember today’s violence at the Capitol, incited by a sitting president who has continued to baselessly lie about the outcome of a lawful election, as a moment of great dishonor and shame for our nation. But we’d be kidding ourselves if we treated it as a total surprise.”

He added: “I’ve been heartened to see many members of the President’s party speak up forcefully today. Their voices add to the examples of Republican state and local election officials in states like Georgia who’ve refused to be intimidated and have discharged their duties honorably.

“We need more leaders like these — right now and in the days, weeks, and months ahead as President-Elect Biden works to restore a common purpose to our politics. It’s up to all of us as Americans, regardless of party, to support him in that goal.”

The fallout from yesterday’s events has seen Trump blocked on social media, while a number of high-profile politicians are now calling for him to be impeached.

Trump has continued to play down Joe Biden’s victory in the 2020 Presidential Election, instead repeatedly claiming that the win was “stolen”. He and his campaign team, however, have yet to put forth any credible evidence that this was the case.

What do you think about the 2020 Election and the scenes at the Capitol Building yesterday?

Let us know in the comments box below!

Meanwhile, share this article if you agree with Obama’s comments that Trump is to blame.