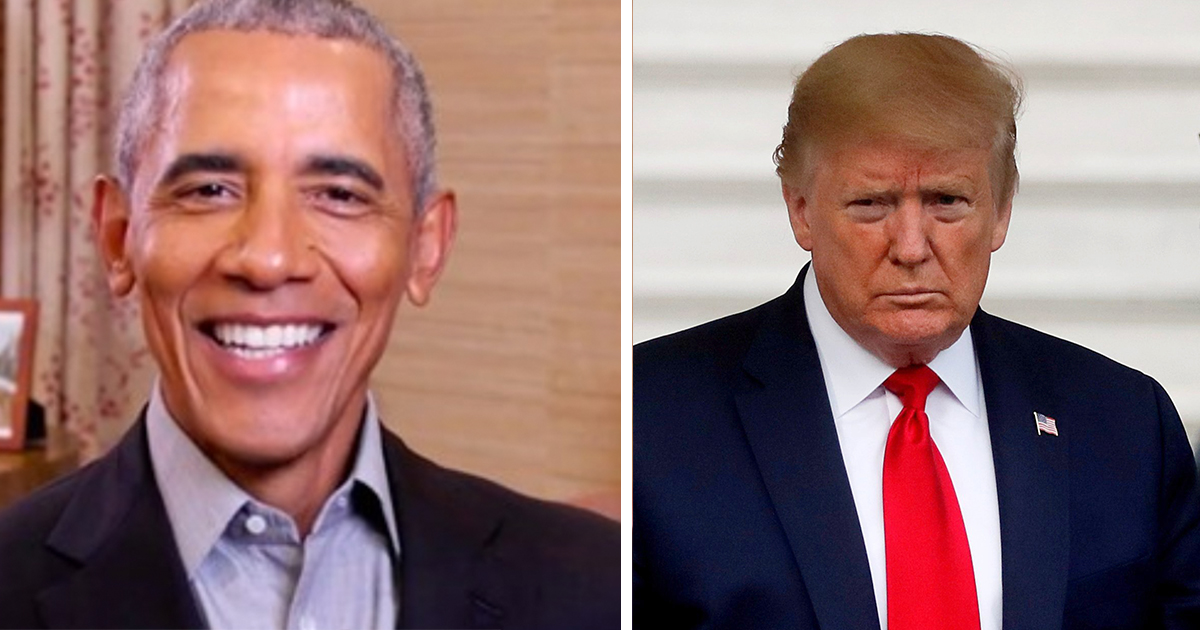 Donald Trump might continue to dig his heels in protest over Joe Biden winning the 2020 Presidential election, but he may be dragged out of the White House by Navy SEALS if he does, Barrack Obama has joked.

The former US president appeared on a segment of Jimmy Kimmel Live on November 19, and weighed in, somewhat comically, on the debacle regarding the fallout of the 2020 election.

Kimmel asked Obama what might happen if an unnamed person – we’re gonna hedge our bets on Trump – were doing his best to evade eviction from the White House after Inauguration Day.

Jimmy said: “You know the White House well. Are there places someone could hide, like, if, say, they were going to be removed? Are there little cubby holes or anything that you know about?”

Obama, appearing on a video-stream due to the ongoing COVID-19 pandemic, joked back: “Well, I think we can always send the Navy SEALs in to dig him out.”

While that might be off the cards, it’s safe to say something has to give before now and next year if Trump is to cede power in a smooth, responsible way.

The current POTUS has cried foul play regarding his loss in the election, with his campaign team continuing to allege voter fraud all over the US.

Trump has launched legal battles in various states, as well as demanded recounts in others. As yet, though, no evidence has been put forward to back up his claims, nor has any violation that would constitute fraud been found.

Naturally, the confusion has meant that the transition between Trump’s outgoing administration and Biden’s incoming one has been far from ideal. In fact, Trump has gone as far as to instruct his team to halt handover work, which some say has put more American lives at risk during the pandemic.

“We lose time during these crises,” Obama said.

“When I came in, we were in the middle of a big crisis: the financial crisis.

“George W. Bush — he and I had obviously big policy differences — but he’s a good man. He’s a patriot. And he ordered everybody on his team to work seamlessly with us on the transition.”

As stands – barring a turnaround of monolithic proportion – Biden is set to be instated as the new president in his inauguration on January 20, 2021.

What do you make of Obama’s comments? Should Trump concede defeat and work towards a seamless handover?

Meanwhile, share this article on Facebook if you’re praying for the next four years to be prosperous for America.