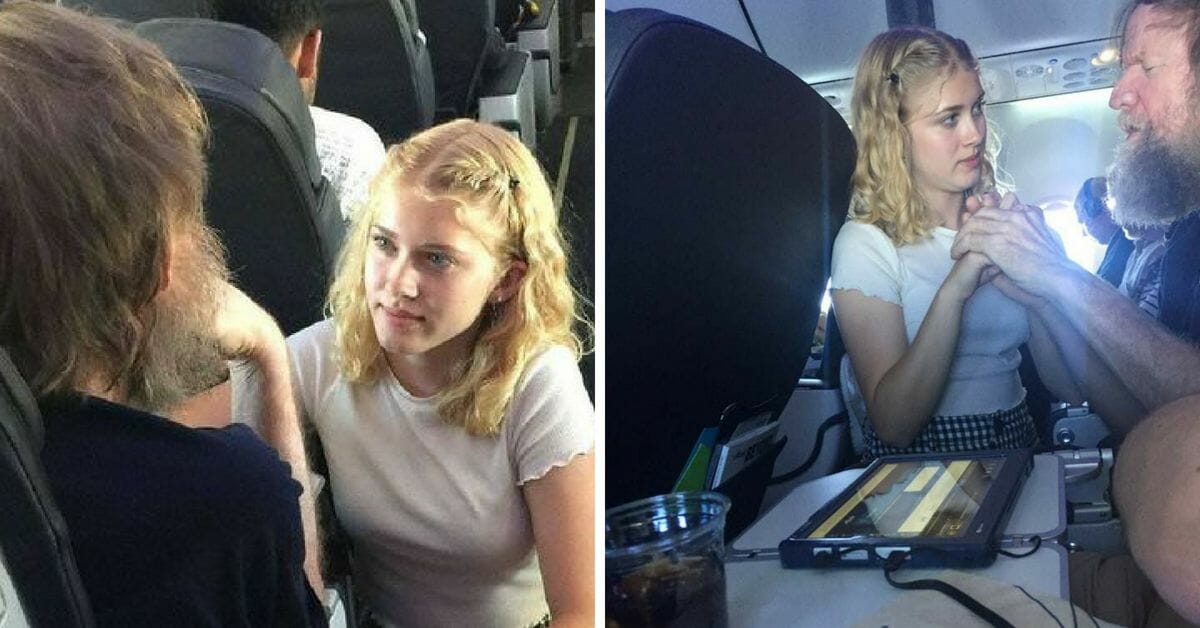 Teenagers often get a bad rep these days.

Sure, there are plenty of reasons as to why older generations might look at their younger counterparts with scorn, but it’s important to remember that there are those who have genuine hearts of gold.

15-year-old Clara Daly is one such teen. The youngster has become something of a viral hit after a post was uploaded about her recent actions on an airplane. Said post now has more than 1.2 million reactions, including more than 6,500 shares. All we can say is that it’s for good reason…

When Lynette Scribner boarded a plane at Boston’s Logan International Airport, she had no idea that she would witness something that would restore her faith in humanity.

Ms Scribner ended up seated on the same row as Tim Cook, a blind and deaf man travelling alone after visiting his sister. Though flight attendants did their best to assist Mr Cook, they found it next to impossible to communicate with him. As Scribner writes: “I watched as they didn’t flinch when he reached out to touch their faces and arms. They took his hand and tried so hard to communicate with him, to no avail. He had some verbal ability, but clearly could not understand them.”

After a time, the attendants reached out to other passengers on the flight to see if any of them knew sign language. That’s when teenager Clara Daly stepped forward and said that, having learned American Sign Language when she was young, she might be able to help.

As per Scribner’s post, Daly continued to communicate with Mr Cook for the remainder of the flight, ensuring that his needs were met and that he remained comfortable.

I saw this gentleman, Tim, in Boston's Logan airport with the sister he'd been visiting. It appeared he was both deaf…

Following the widespread interest in Scriber’s post, Ms Daly rightfully received a lot of positive attention from the media. She told CBS Los Angeles: “He like didn’t need anything. He was just lonely and wanted to talk. I was thinking ‘wow this is really cool, I hope I don’t spell anything wrong.'”

A big thank you to Clara for restoring some faith in humanity. Her efforts are a shining example to all people when it comes to just how far a small gesture can go.

Did this story warm your heart too? If so, SHARE this article to pay tribute to Clara!