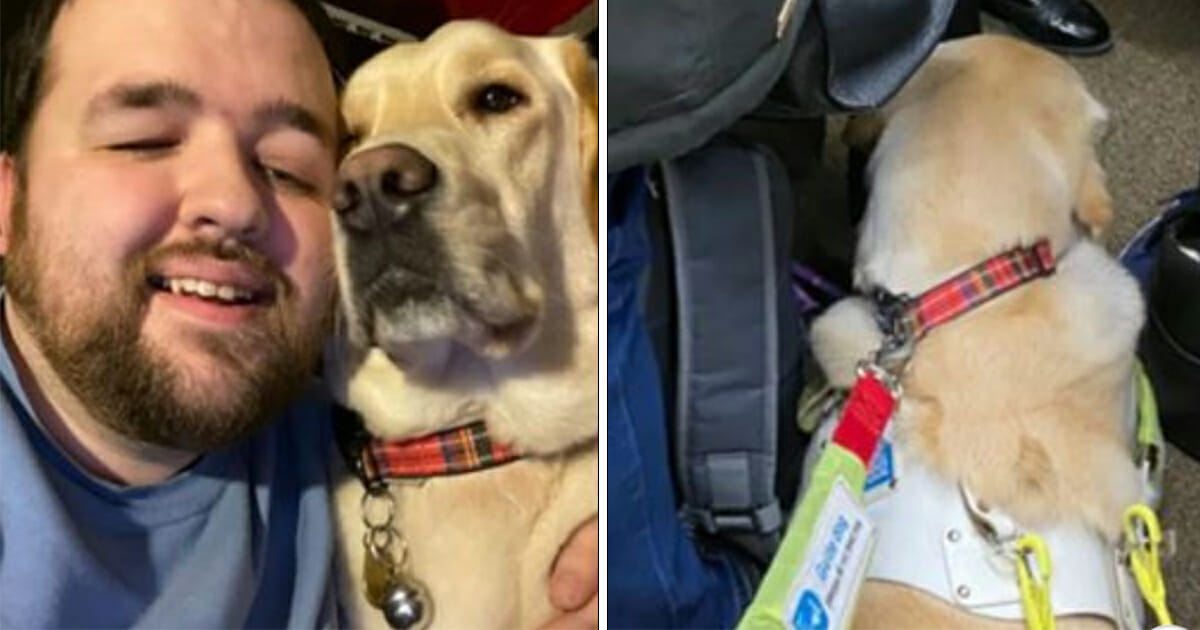 Being kind and understanding when it comes to those who are less fortunate than ourselves is, as a very basic rule, the right thing to do.

Sadly, we live in a world where not everyone likes to abide by the outlines of common decency. As a result, too often do we hear of stories wherein people with disadvantages or disabilities find themselves struggling even more than they should be.

A blind man has revealed how he was left forced to stand with his guide dog on a recent train journey, despite having asked fellow passengers if there were any seats available.

Jonathan Attenborough, a disability and inclusion advocate, boarded a ScotRail service from Edinburgh to Perth on Tuesday, but had no choice but to stand in the aisle with his dog.

He said he asked other passengers if there was somewhere he could sit down, but they ignored him.

“Completely unacceptable passenger assistance from @ScotRail to leave me and my guide dog in the doorway of the train,” he wrote on his Twitter.

“I asked several times if there was any spare seats and not one passenger responded. Doesn’t give me much faith in humanity.”

A member of ScotRail’s media team answered Jonathan to offer an apology.

“Hi Jonathan, I wanted to get back in touch about your experience on Tuesday,” they wrote.

“I’ve sought advice from our Access and Inclusion Manager and also fed back to our station and on-board teams. You should have been assisted to a suitable seat, and I’m sorry this didn’t happen.

“It’s disappointing that no passengers responded when you called out, but you shouldn’t have been put in this position in the first place.“

Naturally, Jonathan has been left unsettled by the incident. He accepted ScotRail’s apology, but is wary of it happening again in the future.

No sooner had he posted his story than did social media respond with messages of support. Not only did commenters condemn the rail service, but also the other passengers.

Indeed, surely it couldn’t have been difficult for at least one passenger to given Jonathan an answer, especially since the presence of his guide dog made obvious his condition.

Jonathan, we’re so sorry you had to face this alone. It certainly doesn’t bode well for the future when a group of people can be so heartless.

Help us send our support and well wishes to Jonathan by sharing this post on Facebook so he knows he’s not alone.