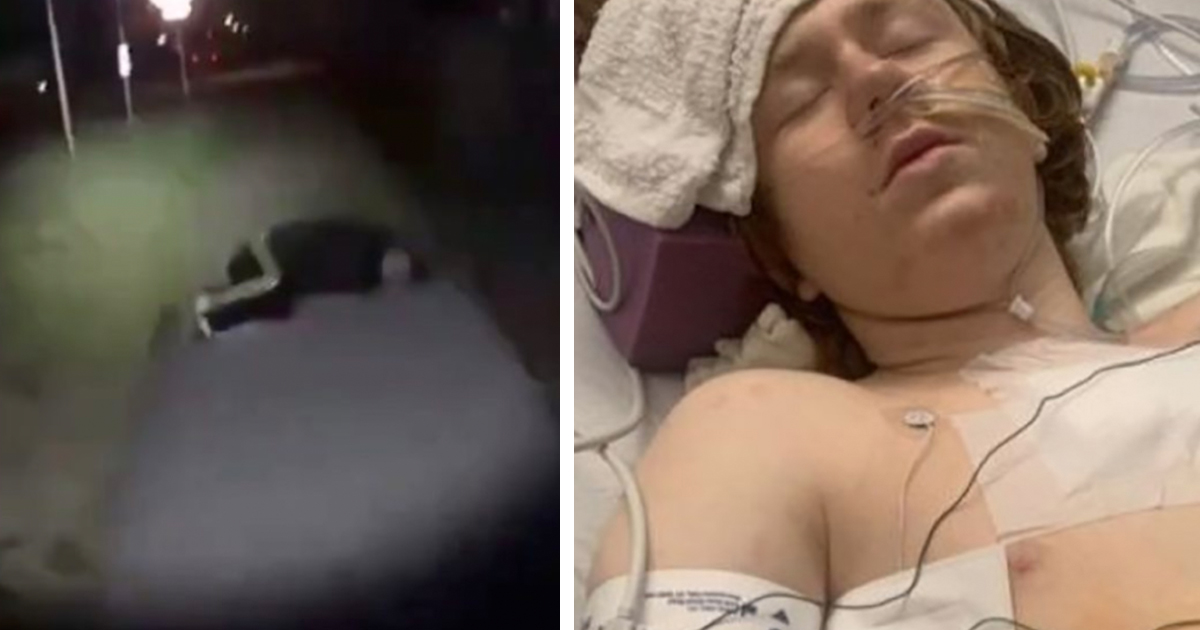 The Salt Lake City Police Department released the footage, captured on Friday, September 4, on Monday afternoon. Reports state that 13-year-old Linden Cameron’s mom called 911 to report that he was having a mental health crisis. His neighbors, meanwhile, said they could hear someone screaming in the street.

The alarming video footage, taken by officers’ body cams, shows officers arriving at the scene before chasing Cameron, who has autism, on foot.

Ten shots can then be heard ringing out in rapid succession, leaving 13-year-old Cameron on the floor.

Cameron was taken to Primary Children’s Hospital with injuries to his shoulder, ankles, and stomach. The shooting sparked mass criticism at a time when the police force as a whole finds itself under serious scrutiny.

Mayor Mendenhall of Salt Lake City said: “As a member of this community and as the mother of a 14-year old boy, I am profoundly heartbroken and I am frustrated.

“This shooting is another tragedy. It’s a tragedy for this young boy, for his mother, and for families and individuals who have acute mental health needs. I think the community will look at this situation and they will see themselves or their loved ones reflected in it.”

Police chief Mike Brown added: “A 13-year old boy was shot and as a father of three sons, this has had an impact on me personally. I know that this has made an impression on the women and men of the Salt Lake City Police Department and of course you, the community we serve. I believe in the face of tragedy, we have a responsibility to analyze the circumstances that unfolded through a lens of learning.”

Videos like this just make me so sad. Where did we go so wrong that members of the police force think it’s acceptable to shoot a 13-year-old boy with autism?

Share this article on Facebook if you hope that reforms and better training are needed to ensure the police are held to the highest of standards.