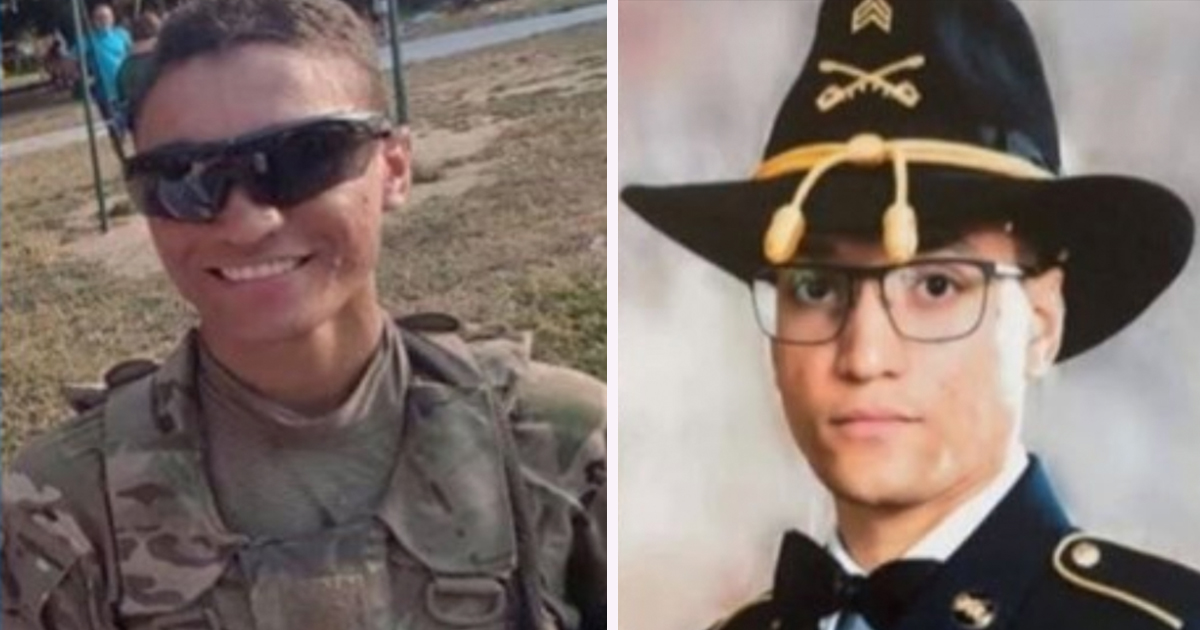 The body of the Fort Hood solider missing for more than a week is believed to have been found in Temple, Texas.

According to the Temple Police Department, they received a call after 5:30 p.m. on Tuesday citing a body spotted near a set of railroad tracks.

When authorities arrived to investigate, they determined said body had been dead for some period of time.

The police department now believe – though it has not yet been officially confirmed – that it is the body of Elder Fernandes, the 23-year-old Fort Hood soldier missing since August 17.

The attorney for Fernandes’ family, Natalie Khawam, said that they had learned that a railroad employee had found Elder’s body hanging from a tree.

“We are sickened by this tragedy that has happened one too many times. We are heartbroken for Elder Fernandes’s family,” she wrote in the post.

Authorities have said that no indication of foul play was found.

Rest in peace, Elder Fernandes, and thank you for your service.

It breaks my heart to see the search end in such a way. Share this article to send thoughts and prayers where they’re needed.