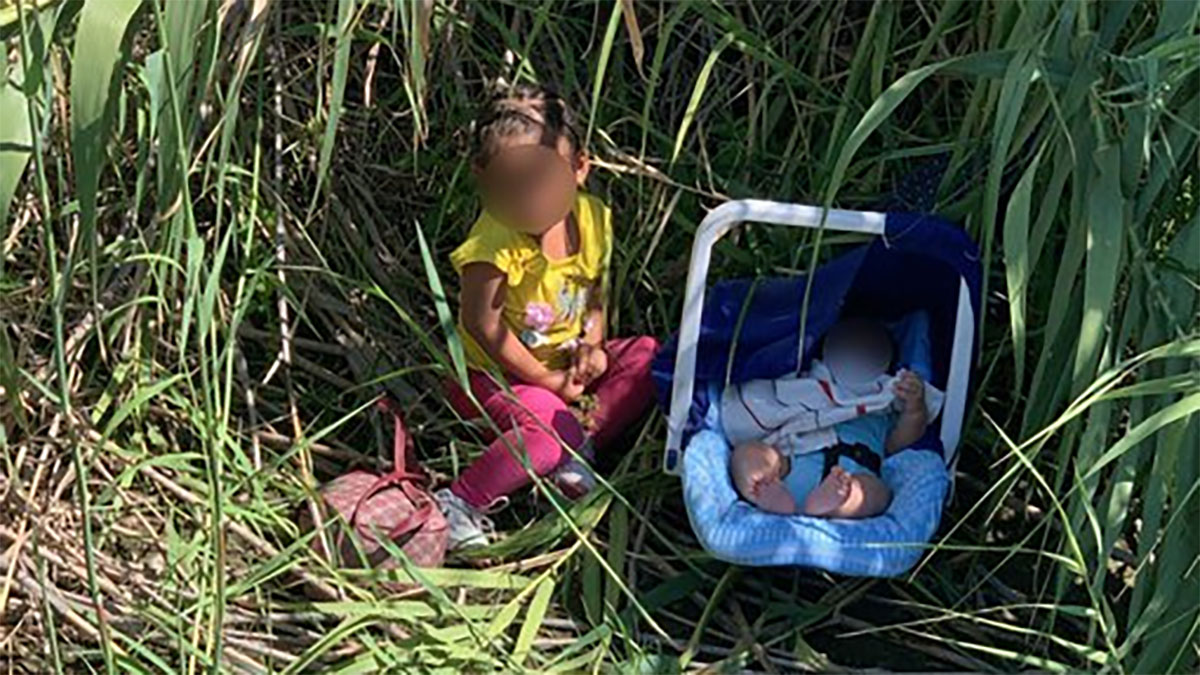 U.S. Border Patrol agents have rescued two siblings aged 2 years and 3 months old after they were abandoned at the Rio Grande River.

The agents were in a boat when they made the heartbreaking discovery on Tuesday.

A baby boy had been left in a carrier along the riverbank and his 2-year-old sister was by his side.

Agents found a note under the baby’s carrier that said the 2-year-old girl and 3-month-old boy were siblings from Honduras.

“At approximately noon, Border Patrol Riverine agents assigned to the Eagle Pass South Station were performing boat operations when they noticed an unusual color on the riverbank,” the Border Patrol said in a statement . “As agents investigated the item, they discovered two small children abandoned.

“A note under the infant safety carrier revealed the 2-year-old girl and 3-month-old boy, both nationals of Honduras, were siblings,” the statement said.

It was unclear how long the siblings had been alone before they were found.

“A thorough search of the area was conducted, and no additional individuals were encountered,” the statement said.

The children did not require any medical attention and were taken to Uvalde, Texas, for processing, as per the Washington Examiner.

I cannot imagine how frightened these children must have been. I hope they now feel safe and those looking after them are doing all they can to find them a loving home. No child should have to go through this.