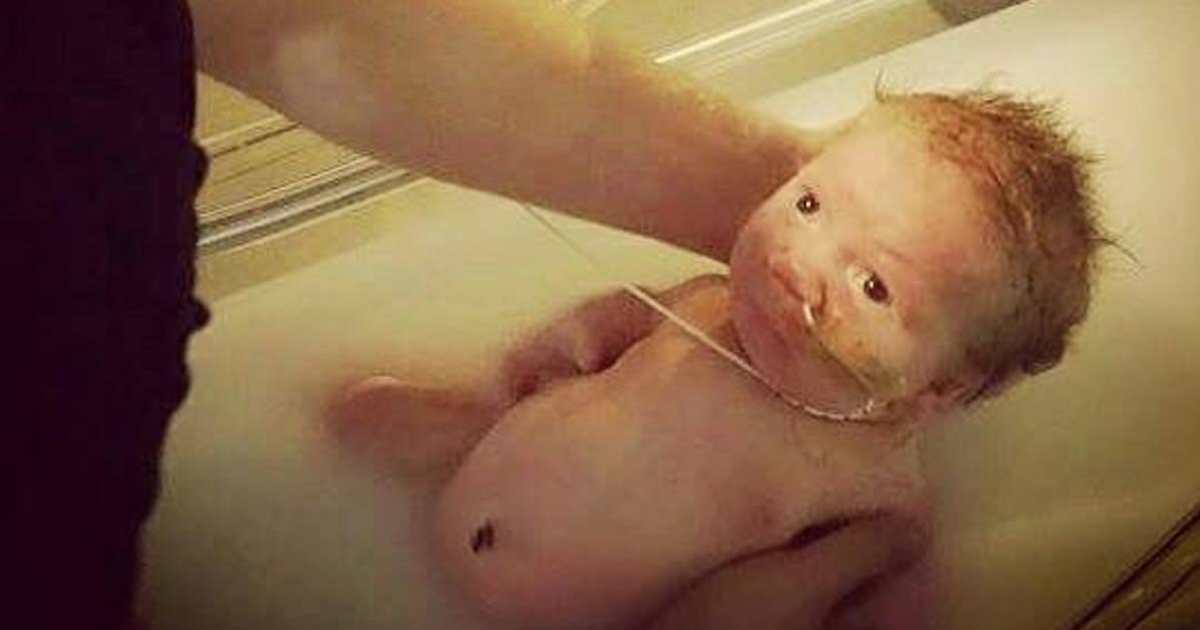 Twenty-three-year-old Jaime Jenkins and her partner, Jakob, looked forward to welcoming their first child to the world.

But in the 12th week of Jaime’s pregnancy, the ultrasound showed that something wasn’t right.

The weeks that followed were painful and uncertain.

The anxious parents planned for the future, but at the same time, they didn’t know what was wrong with their unborn daughter.

Just a few weeks before Jaime was to give birth, her doctors gave her some difficult news: her baby’s lungs hadn’t fully developed and the safest way to proceed was to terminate the pregnancy.

“I could feel her kicking and we’d already named her. There was no way I couldn’t give her a chance at life,” the young mother said.

When Helena came in to the world, her doctors said there was no chance she’d survive, and her mom and dad braced themselves to say goodbye.

But against all odds, Helena grew stronger by the day.

She surprised her parents, and even more, her doctors.

After six weeks, Helena’s doctors finally made a diagnosis. She suffered from a rare form of dwarfism called diastrophic dysplasia.

Over the years, Helena managed to avoid death three times, even though it stared her in the face.

Helena has undergone surgery more times than anyone can count, and she spent the first three months of her life in the hospital.

At the same time, her parents have trained in how to take care of her in as well as possible, which requires a lot of time, care, and knowledge.

After getting their DNA analyzed, Helena’s parents found out that they both carry the same rare dwarfism gene, although they’re both about six feet tall (185 cm).

Jamie and Jakob lovingly call their sweet daughter “Thumbelina” and are very proud of her.

But they haven’t decided whether to have more kids, since there’s a chance that they’d have another child with the same disease.

In addition, Helena’s parents already have their hands full caring for her.

They often dress her in princess dresses, because she loves it so much.

Getting dressed up brings a little light into Helena’s life, which consists of frequent hospital visits.

She seems to blossom when she gets attention and she smiles in every photo.

And she’s also had her first official modeling job, for a handmade clothing line.

Helena’s parents share her story on her Facebook page, where her followers see the ups and downs of her life.

“Helena has already amazed us in so many ways. She’s a real little miracle and I hope our story helps other parents who are facing the same situation,” Jaime says.

At least twice a month, Helena has a health check, which anyone who has had sick children knows is difficult.

But her mom and dad do their utmost to make her life happy, fun, and safe.

Hopefully, they’ll continue to celebrate every special milestone she achieves.

And who knows? With her infectious smile, Helena may become a world-famous model one day. She’s already on her way!

Every child is a miracle — and little Helena is living proof.

Please share if you also think that Helena is awesome!