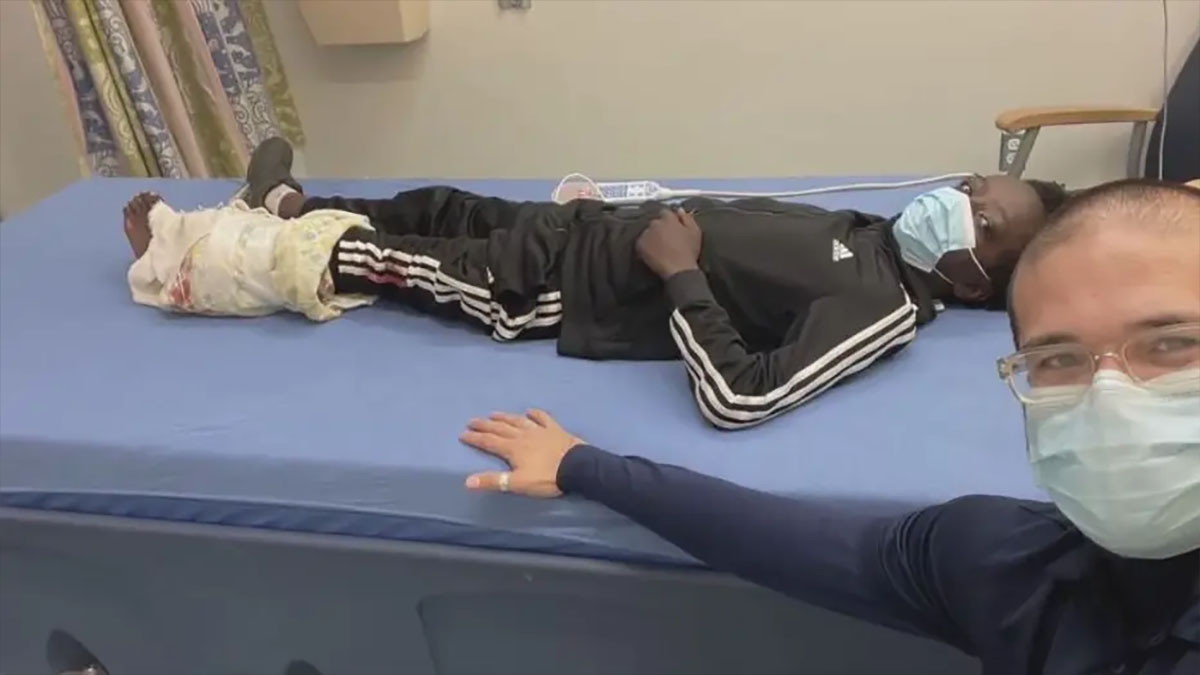 A 12-year-old boy is being hailed a hero after he stopped two vicious dogs from attacking his siblings and then got mauled himself.

Sixth-grader Deacon Ashmore was walking with his two little sisters and brother in their Detroit neighborhood when two dogs came running toward them out of nowhere.

Deacon didn’t hesitate to get in front of his siblings as the dogs came bounding toward them.

The two vicious dogs lunged at his two sisters, age 9 and 7, and his 5-year-old brother as well as other children who were playing outside at the time.

As Deacon stood in the way of the dogs his siblings had a chance to run away, but in doing so Deacon was attacked by the dogs.

His mother, Elisabeth Ashmore, said he “jumped in front of all the other kids and made sure they could run home really fast before the dogs got them,” as per MSN News.

One of the dogs clamped his jaws around Deacon’s leg and the heroic youngster kept hitting him until he let go.

Mom Elisabeth said her son’s leg was so badly mauled that his bone was visible and there was a lot of blood but thankfully no broken bones.

“The biggest concern was that there was no ligament or tendon damage…I mean your Achilles is right there…maybe a couple of centimeters this way or the other and it could have been real dicey,” his dad told Fox 2 News, Detroit.

Deacon was rushed to hospital where he received tetanus and rabies shots and surgeons worked to repair the damage he suffered from the dog bite. He was kept there overnight and was released the following day.

He was expected to spend the following few weeks on crutches.

More than $25,000 was raised to help the family pay their son’s medical bills following the horrific attack last May.

Meanwhile, his dad said all their son, who they adopted from Ethiopia as a baby, cared about was whether his siblings made it back home safely.

I hope the owner of these dogs was found and dealt with immediately. Too many children are attacked by dogs getting loose. I wonder if their owners are responsible enough to keep them.

Help us honor this heroic youngster who never gave a thought for himself when those dogs came running toward him and share this story.