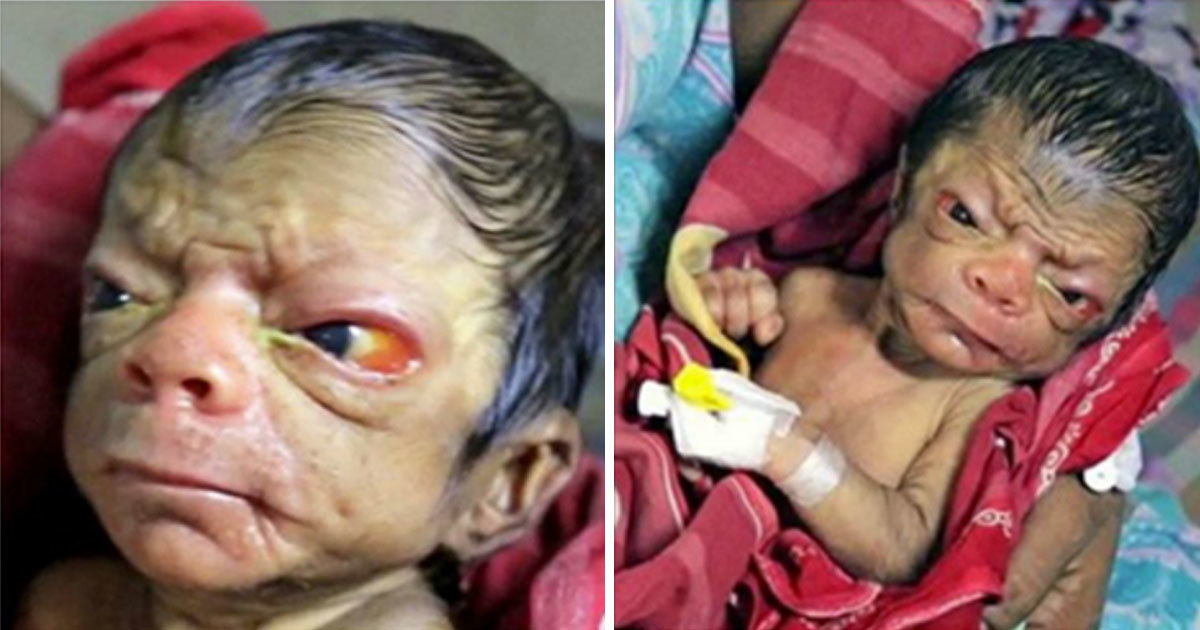 He’s wrinkled and has rough skin like an old man. His back is covered with hair. But he’s just a little baby boy.

His doctors have diagnosed him with an extremely rare genetic disorder called progeria, which causes the body to age prematurely.

Now, pictures of the little boy from Bangladesh are spreading around the world.

He looks like he’s in his 80s, but he also has the body of a newborn. This baby boy from Bangladesh has progeria, and the cells in his body break down much faster than normal. The disease, which affects one in 4 million, is causing him to rapidly age. Unfortunately, it also means that he’ll die prematurely. Most people with progeria don’t survive longer than 10-13 years.

But while he may look different, but this little boy is fortunate to have parents who love him just the way he is. Instead of being afraid and shunning him, the boy’s parents have decided that he’s the best thing that’s ever happened to them.

“We can only thank God. There is no need to be unhappy about the appearance of my son. We will accept him the way he is. We are so happy to have a baby boy in the house,” his father, Biswajit Patro, told the Daily Mail.

Biswajit and his wife, Parul, also have a daughter.

Watch a video about this special baby boy here:

It’s sad that he won’t live long. But I’m convinced that his parents will give him a good life. He has clearly landed in the right family!