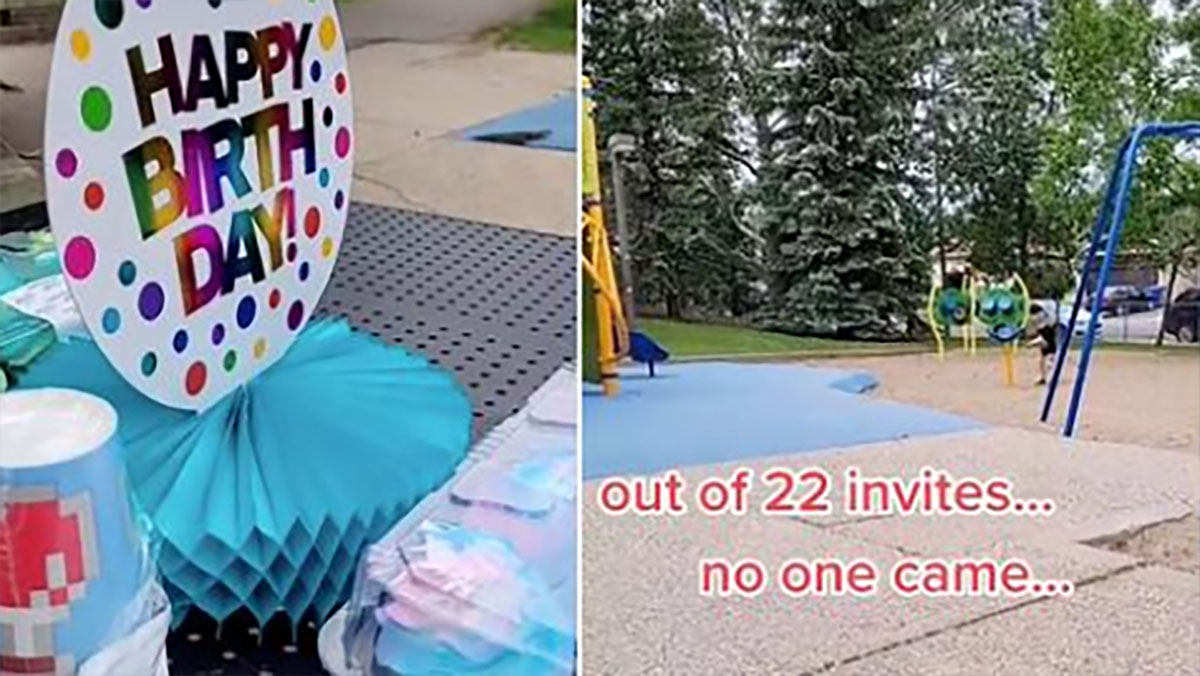 It’s a nervous time for any parent organizing a birthday party for their child and not knowing which friends will actually show.

But one mom was left devastated when none of the 22 children she invited to her son’s birthday party showed up.

User @dawners86 posted a video on TikTok showing the preparations for her son’s party in their local park and then showed her son playing alone after “literally zero people showed up.”

The heartbroken mom had invited 22 of her son JJ’s classmates and brought all the party food and decorations to the park in preparation.

“I know it’s a pandemic but it is a park and we have reopened in my province,” she wrote in the video. “Sorry the video is shaky, I’m so upset for this guy, he deserves better, he’s amazing.”

Showing footage of the party preparations and her sweet son playing alone in the sand, the mom said: “So we’re sitting at the park for JJ’s birthday party, we got everything ready, his party started half an hour ago.

“He had literally zero people show up for his birthday. My poor little man.”

Since posting the video on June 20, almost 800,000 people have reacted to it and more than 20,000 have sent the 6-year-old birthday wishes, sharing similar situations with their children and offering to send JJ gifts.

The mom then posted a follow up video saying all the offers to buy JJ gifts were “greatly appreciated” but not necessary.

“JJ has asked very politely if you guys would send any extra gifts to the children’s hospital closest to you, he has toys, he just wanted to spend time with friends,” she said.

The effort that goes into organizing a child’s birthday party is hard enough without people not having the courtesy to show up. My heart goes out to this little boy and his mom.

I’m so glad a virtual party could be held for JJ and eventually he got the birthday wishes and love he deserves. Please share.