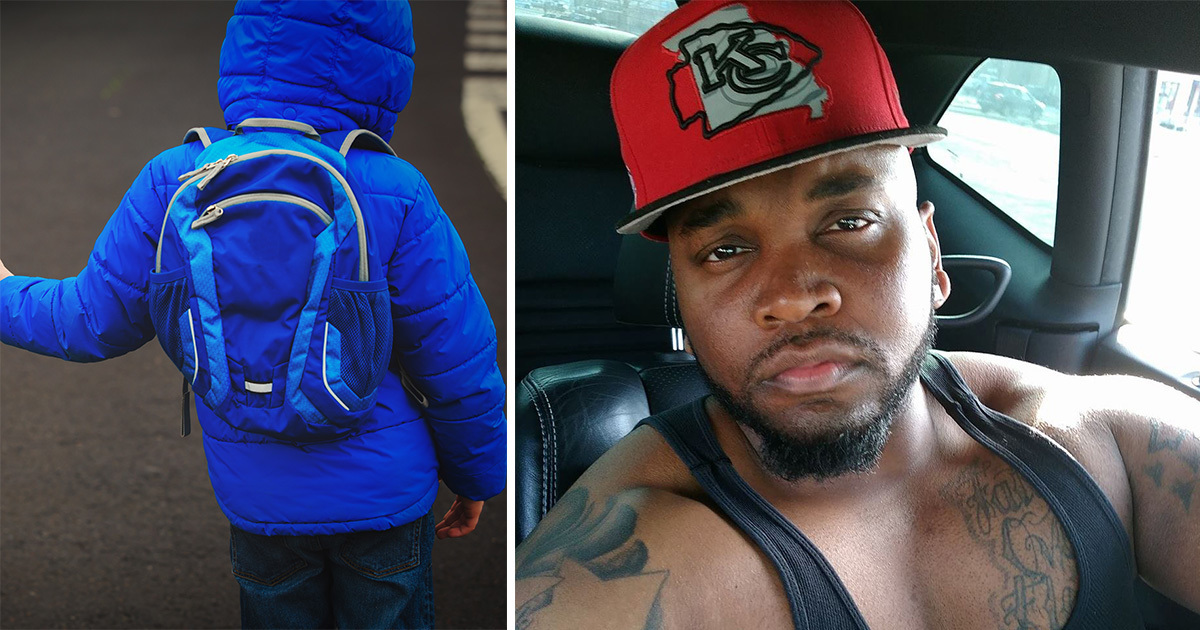 We are told at a young age to never talk to strangers and as adults we tell our kids the same thing.

A young boy in the United States however, was desperate and did not think about that advice when he started to frantically knock on doors in his neighborhood.

He had missed his school bus and needed help, but he wasn’t prepared for who finally opened the door.

At first glance, Brian Smith looks like a big, muscular and pretty serious guy with tattoos — someone you probably woudn’t want to mess with.

But never judge a book by its cover. Brian is living proof of just that.

When the young boy missed his school bus that day, he became desperate and began to knock on every door in his neighborhood.

He asked anyone who opened if they would give him a ride to school, but nobody wanted to help — until Brian opened his door.

Brian explains in a post on his Facebook page how he was fast asleep when someone banged on his door first thing in the morning. “I open it like what up ‘lil homie’,” he says in the post.

The boy told Brian that he’d missed his bus and knocked on three doors before him, but nobody wanted to help him.

Without a single hesitation, Brian, who was half asleep, woke himself up, put his shoes on and drove the little boy to school.

Hundreds have left comments praising the young man. “Thanks for taking time out to help a child who needed it, there are not many people who do that nowadays,” says one comment.