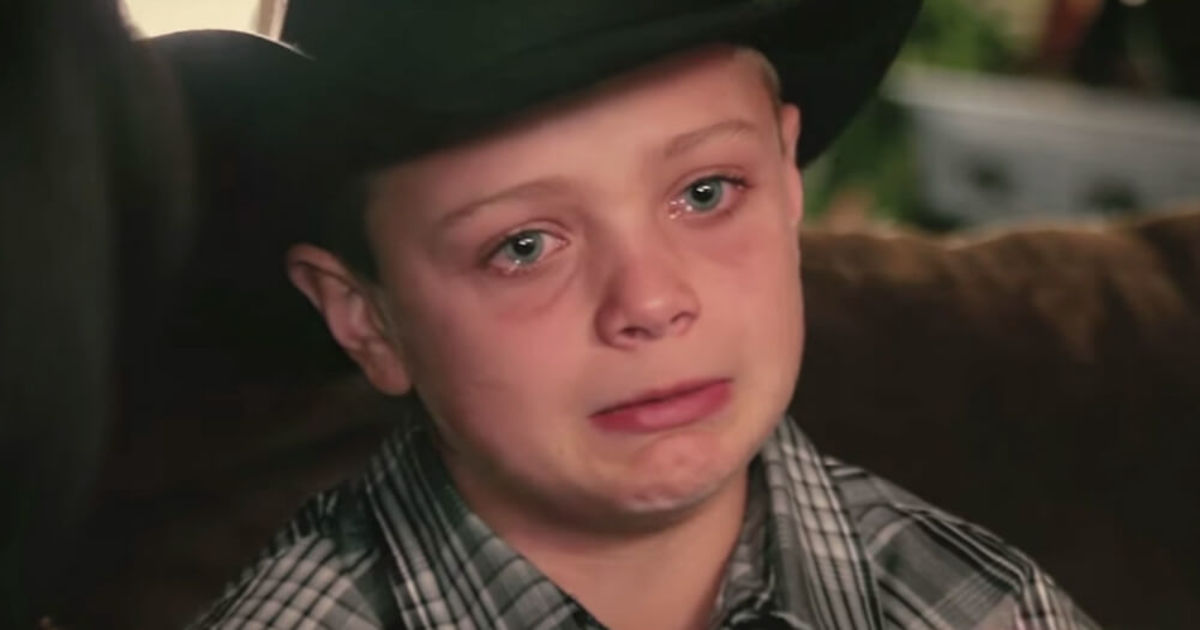 When brothers Jace and Jett Kellog lost their father Boe after a long fight against cancer, they not only lost a parent, but also a hero and role model.

Needless to say, it was a devastating loss for the two young boys.

10-year-old Jace decided to try to make the most out of the painful situation: he would follow in his father’s footsteps.

But it certainly was an ambitious goal and Jace had huge shoes to fill: his daddy had been a professional bull rider.

Boe Kellog was not just a loving husband and dad, he was also really good at rodeo.

Unfortunately, Boe was diagnosed with cancer and died 2 years ago.

But his sons will never forget their hero.

By chance, local news channel Fox 5 received news about son Jace’s dreams, as he’d mentioned it in a school project.

The boy wanted to follow in his father’s footsteps.

After learning about the family’s story, Fox 5 decided to pay the mourning family a visit.

Although Jace is just 10, he gives an incredibly mature and grown-up, wise beyond his years. His tearful clear blue eyes are hard not to succumb to.

“Why do you love PBR (professional bull riding) so much?” the reporter asks.

“Because my dad, he rode bulls,” explains the little boy.

In mentioning his dad, Jace soon begins to cry.

But despite the lump in his throat, the young boy is still surprisingly grown up: “I still kind of get emotional about it,” he says with a shaky voice.

But the news channel interview doesn’t end there. Little do the boys know that there’s a huge surprise in store for them, right outside their home…

Watch the video below to discover what’s in store for Jace and his brother- but don’t forget to grab some tissues first.

Anyone who’s ever lost someone close to them knows how much it can mean to have support.

And when someone does something like this for two little boys who lost their dad, then it feels extra warm in the heart.

Please share this nice gesture if this story moved you too!