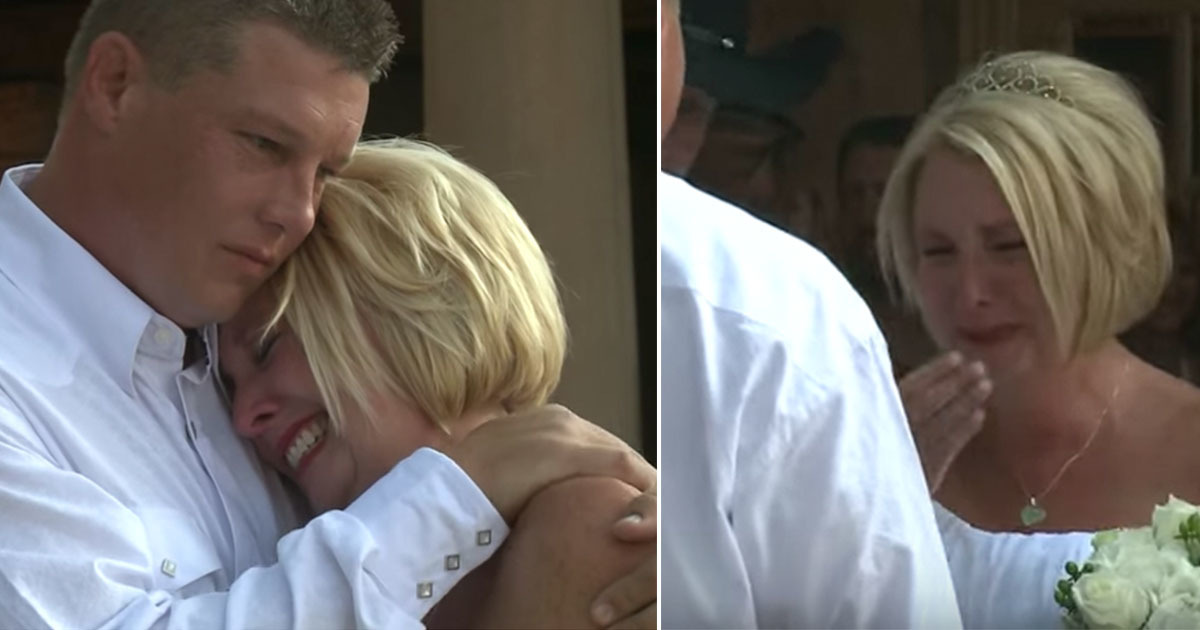 For many people, their wedding day is the biggest day of their lives. And in the months leading up to the ceremony, the bride and groom’s wedding dreams turn into concrete plans for their happy day.

For Kim, her wedding was everything that she ever imagined it to be—and much more. Before she could even walk down the aisle, the love of her life surprised her by doing something that she didn’t think was possible.

At a young age, Kevin Taylor broke his leg. Tragically, the injury led to a nerve disorder called reflex sympathetic dystrophy syndrome, or RSDS. And the condition became so severe that doctors had to amputate both of Kevin’s legs.

From that moment on, Kevin’s was never the same—until he met Kim.

Kim didn’t see Kevin’s disability—she saw the person inside, and Kevin was happy that he could be himself with her.

“It’s the person the inside, not who they are physically. His heart makes up for any lack of limbs that he has,” she says in the video below.

Early on in the relationship, Kim and Keving knew that they wanted to share the rest of their lives with each other.

On the day of their wedding, the couple decided that Kim would walk down the aisle and join her future husband where he was would be waiting at the altar. But when the day finally came, it didn’t turn out the way Kim had planned. Before she even took one step down the aisle, Kim was stopped in her tracks by her husband-to-be. Kevin go up out of his wheelchair and revealed a secret he had been keeping for months—he could walk again.

What was already the happiest day of Kim’s life suddenly became the most surprising. Watch the amazing clip here:

I’d be lying if I said that the tears didn’t start flowing when I saw this video. Please share if you were also moved.