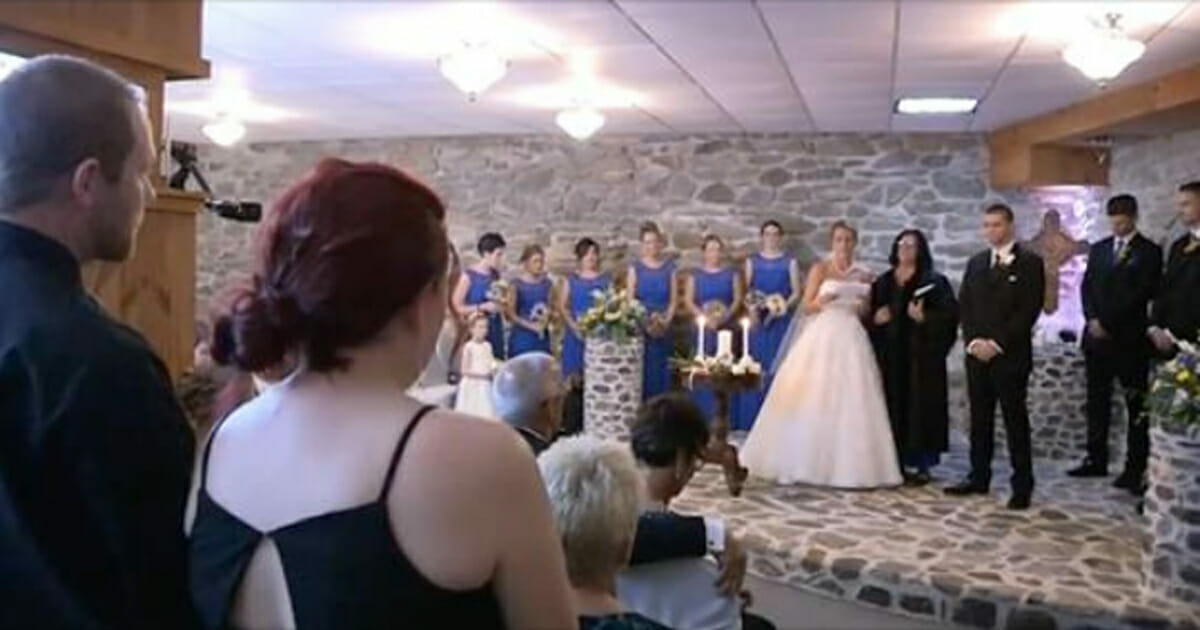 For some, the idea of marrying someone who already has a child of their own can be a daunting thing.

For Katie Hild, this was something she took seriously. When she was set to marry the love of her life, Jeremy, she decided to make a series of promises, not only to him and his son Landon, but also to Landon’s mother Casey and her new partner Tyler.

Katie knew there was only one way to make things work: By ensuring they all pulled in the same direction.

Given the way most human beings instinctually feel towards their partner’s exes and former flames, Katie would have likely been forgiven for not wanting Casey and Tyler at her wedding.

On the contrary, however, she not only invited them along, but even went so far as to write a set of special vows to pay tribute to them for their support.

You see, Katie’s well aware that it’s in Landon’s best interests growing up for all the adults in his life to get along.

After delivering her vows to Jeremy, Katie read an additional, tailor-made set of vows for Casey and Tyler, letting them know in no uncertain terms that their love and backing is important.

It takes a truly special woman to have the integrity and confidence to divert attention on her wedding day away from herself and onto her husband’s former love. Fortunately, Katie is that special, and she’s certainly set an example a lot of people could benefit from following.

After Casey and Tyler, it was Landon’s turn.

She got down on her knees and promised to take care of him. She promised she’d be his best friend for all the years to come, and that she’d be tough when she needed to be.

By the time Katie was finished with her vows, the wedding guests were in tears.

You can watch Katie delivering her promises in the video below:

Weddings filled with true love and commitment are a wonderful thing. We think Katie made her’s extra special with her vows.