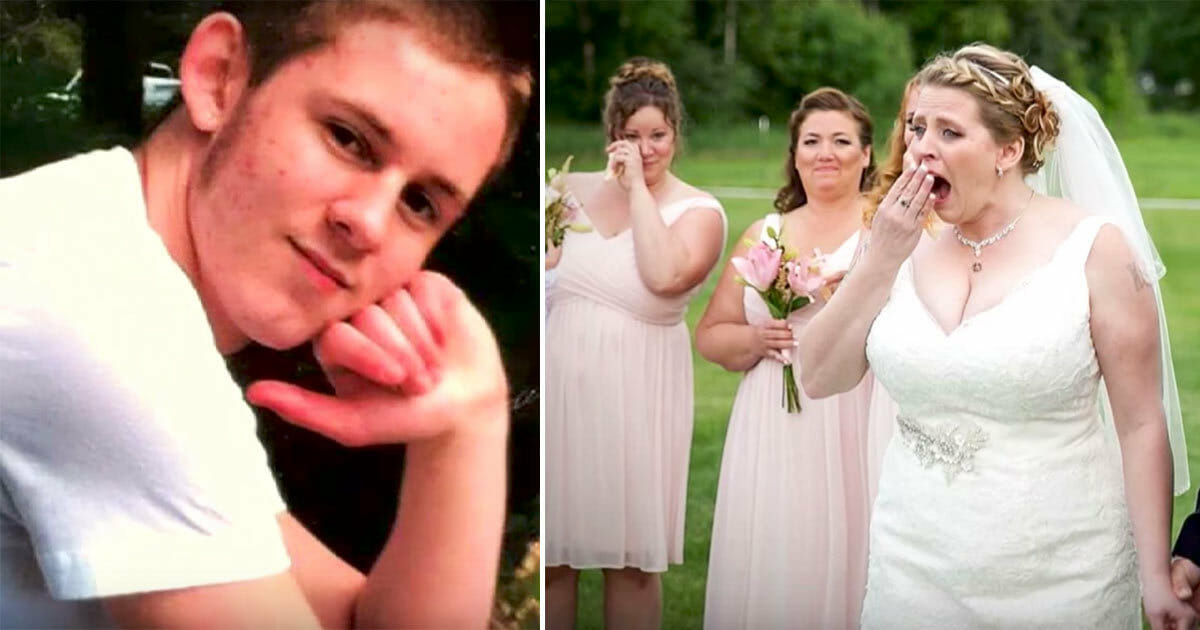 Weddings are occasions that should always be filled with love and joy. Sadly, Becky Turner’s big day was also distinguished by the recent passing of her son.

Not wanting to let her life fall apart completely, she did her best to make the marriage to the man of her dreams go as well as possible.

On the day, things seemed to be going smoothly. That was until the arrival of a certain stranger changed everything…

Her 19-year-old son Triston died of an accidental gunshot wound. The teen was an organ donor and his organs were given to others so that they might live the life he could not.

After a period of intense grieving, Becky and her husband-to-be, Kelly, were set to get married in Alaska.

As a nod to her son, Becky left a seat for him bearing words that will truly break your heart. He may not have been present in physical form, but there was no way Becky was experiencing her special day without paying tribute.

Things appeared to be going as planned in the ceremony, with Becky and Kelly on course to tie the knot as expected.

Then, just before Becky and Kelly would officially become husband and wife, the wedding was brought to a halt.

Little did Becky know that for several months Kelly had been hiding a huge surprise from her – a secret that would leave her and everyone else at the wedding in tears.

A 21-year-old man named Jacob Kilby appeared and instantly Becky knew who he was. For when Triston had passed, his organs had been used by those in need of them.

Jacob – who had travelled 480 miles to be at the ceremony – was one such man, having received Triston’s heart.

In the months leading up to the wedding, Kelly had contacted the man and asked him to make an appearance.

What’s more, Becky – through the use of a stethoscope – was able to hear her dead son’s beating heart in Jacob’s chest.

For the first time since the tragic accident, Becky could hear her beloved son’s heart, and it made a huge difference on her big day.

Through Jacob, Triston’s legacy will live on.

It should go without saying that there were very few dry eyes in the place due to Jacob’s appearance.

Obviously, there’s nothing that can be done to bring Triston back, but at least Becky can look back at her wedding day and know that a part of him was there physically, as well as spiritually.

We don’t know about you, but we certainly shed a tear when reading about this.

If you, too, found this emotional, help us spread this story by SHARING the article on Facebook.