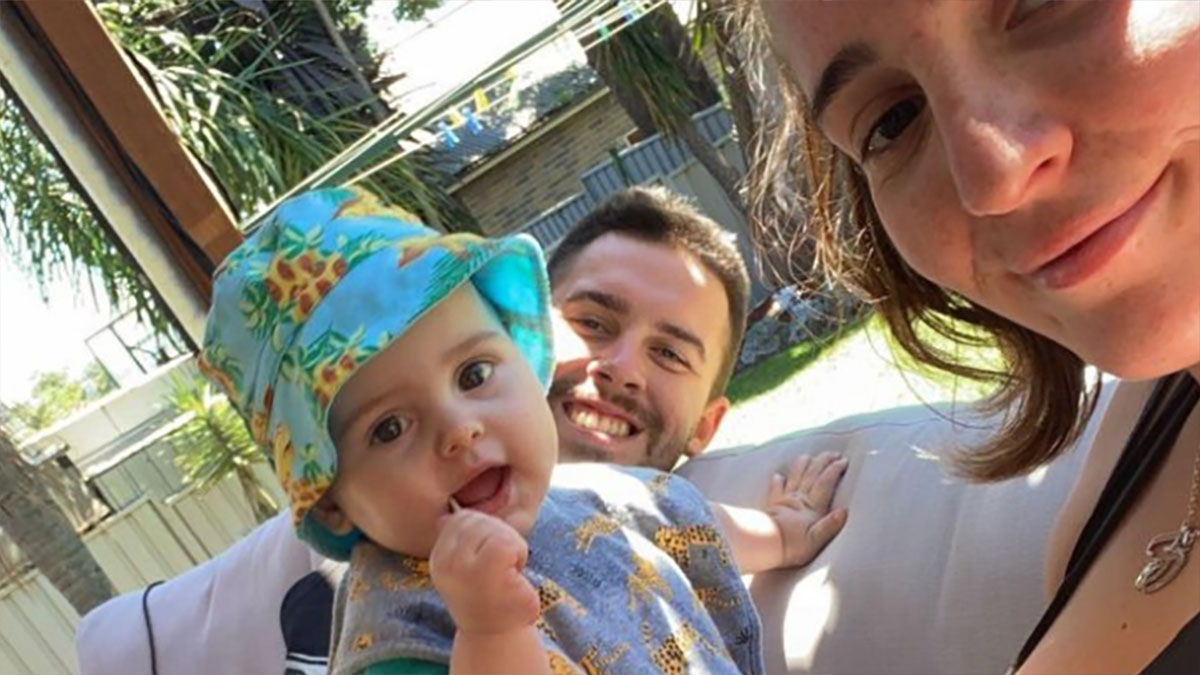 It was around lunchtime for first-time mom Ashleigh Chapman when she stopped playtime with her beautiful 11-month-old baby Heath and prepared his lunch.

While Heath was eating, she rushed back to the kitchen to grab a bite to eat herself when she heard her son coughing.

“I let it slide. Then two or three minutes later, I heard another cough, like a struggle cough,” the 19-year-old mom from New South Wales, Australia, told 7 News.

When Ashley returned to the room her son was in, she found him lying on the floor unresponsive.

Survival mode kicked in for the young mom and she checked her son’s airways but couldn’t find anything.

She then started CPR, called emergency services and then their son’s dad.

Heath was rushed to hospital but tragically on April 8, little Heath died, 10 days before his first birthday.

An autopsy was carried out and it was discovered that Heath had choked on a balloon, which had become lodged in his windpipe.

Now the mom from Mount Warrigal wants to raise awareness of the dangers of balloons so nobody else has to experience the heartache of losing their child in this way.

“He was motionless and not how I ever expected to see my son,” Ashleigh told 7 News.

“We weren’t allowed to pick him up and cuddle him. I just wanted him to wake so I could take him home.”

“I’ve had to plan his funeral,” she said. “I never thought I’d be here picking out a coffin and urn for my child.”

A GoFundMe, which has so far raised more than $10,000, was set up to help Ashleigh and Jesse as they mourn their little boy.

Heath, the couple’s first and only child, was described as a “bright, bubbly baby.”

“He made everyone’s day when they saw him,” Ashleigh said of her sweet boy adding that being his mom was one of her greatest joys.

Ashleigh said parents and carers aren’t reminded enough of the dangers of balloons.

“They’re everywhere really … they have them in daycare, in preschools … at carnivals,” she said. “All it takes is a popped balloon to go into someone’s mouth … it can happen within seconds.

“It’s the same with water balloons. Because of the texture of the balloon, it’s an instant airway block.”

Although there are warnings on balloon packets Ashleigh wants labels to be bigger.

My heart goes out to Heath’s family, such a tragedy. Rest in peace little one.

Help us get Ashleigh’s important warning out to all parents and carers by sharing this story.