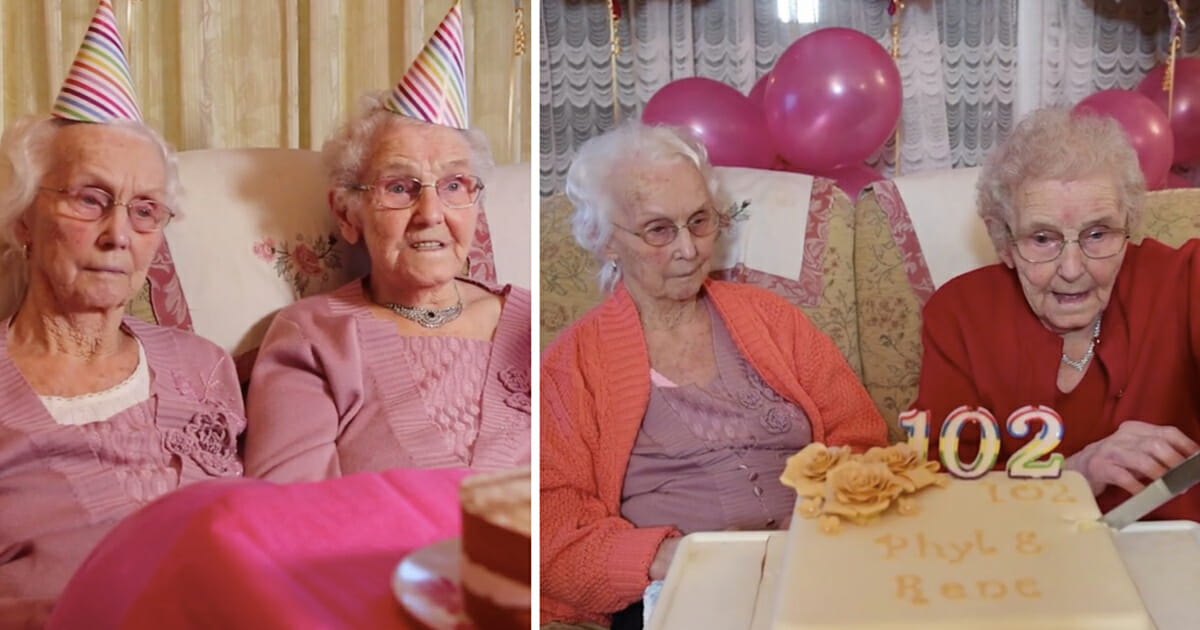 If there are two things I really like doing, it’s living and drinking beer.

Now, imagine those two things could help to enable each other? I mean, obviously living enables the drinking of beer, but imagine that drinking beer and/or alcohol could help you to live.

Sound too good to be true? Well, that’s my first supposition, as well. According to Britain’s oldest twins, however – Phyllis Jones and Irene Crump – booze has actually helped them reach the ripe age of 102!

We’re not joking, either. The sisters turned 102 on November 20, 2018, having been born in 1916. As you can imagine, they’ve seen a fair bit in their time, including two world wars, 20 different British prime ministers and four monarchs (not to mention a whole lot else).

“We can’t grasp that we are 102 because we don’t feel it,” Irene said. “We got no rheumatism, arthritis,  I mean, we’re very lucky in that way.”

Remarkably, the twins still live at home, with a combination of their children and home attendants providing any necessary support.

For me, though, it’s what they attribute to having laughed in the face of Father Time that’s most interesting.

Two or three. I like the sound of that.

For footage of the twins celebrating their 102nd birthday, watch the video below: