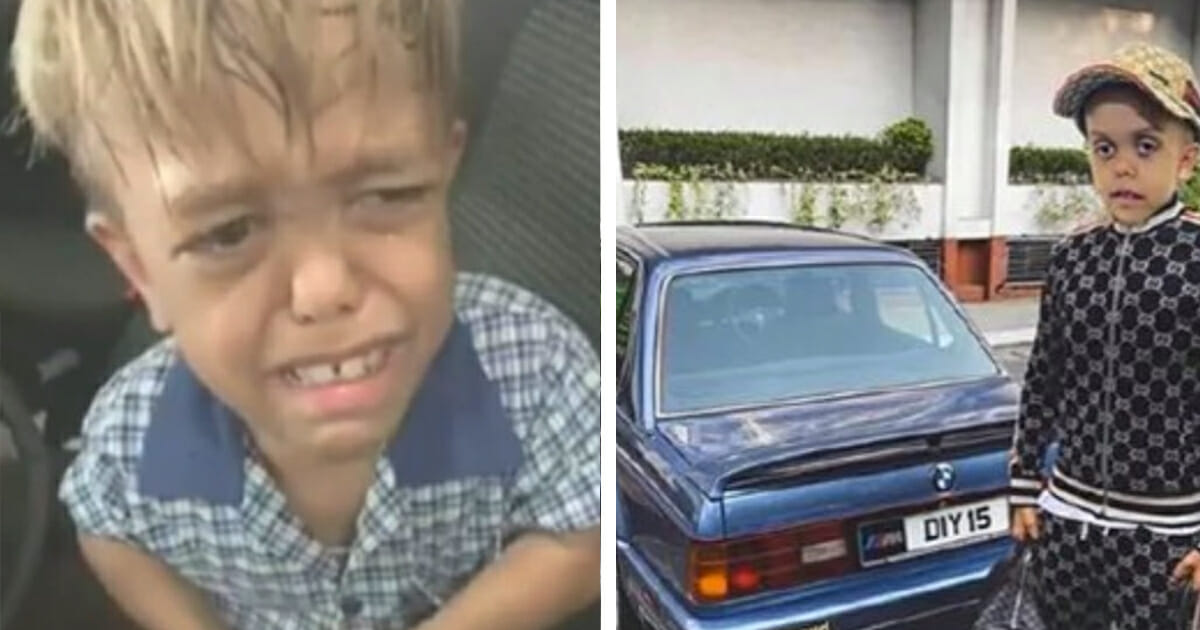 Quaden Bayles‘ heartbreaking story went viral last week when his mom filmed the 9-year-old, who has dwarfism, crying and saying he wanted to take his own life as a result of bullying.

Amidst the media storm that followed, thousands of people flocked to Quaden’s aid online. Even so, there were some vile trolls who continued to try and torment him.

A lie was created to fool people into thinking Quaden was actually an 18-year-old actor, and that the distressing video had been a ploy to earn money. Both Quaden and his mother removed their social media accounts so that online bullies couldn’t target them.

Having already received messages of support from such famous figures as Hugh Jackman and Jeffrey Dean Morgan, Quaden led out the Indigenous All Stars onto the pitch for their match against the Maori All Stars at the weekend.

Well, Quaden has now reactivated his Instagram account, using it to make a tongue-in-cheek jibe aimed at his tormentors.

“Guess how old I am in this pic,” he wrote, alongside a digitally edited photo of himself with two expensive bags and a car.

A spokesperson for the Bayles family reportedly told news.com.au: “the fam were just having a bit of fun on their private socials just to lift their spirits”.

Since it was shared on Wednesday morning, Quaden’s post has racked up thousands of likes. Needless to say, the support for him continues to grow.

I still don’t know how anyone can live with themselves knowing that they’re bullying another, let alone a 9-year-old boy with dwarfism.

Share this article on Facebook if you think Quaden deserves a life just like the rest of us. Help us show him that we’ll never let bullies win.