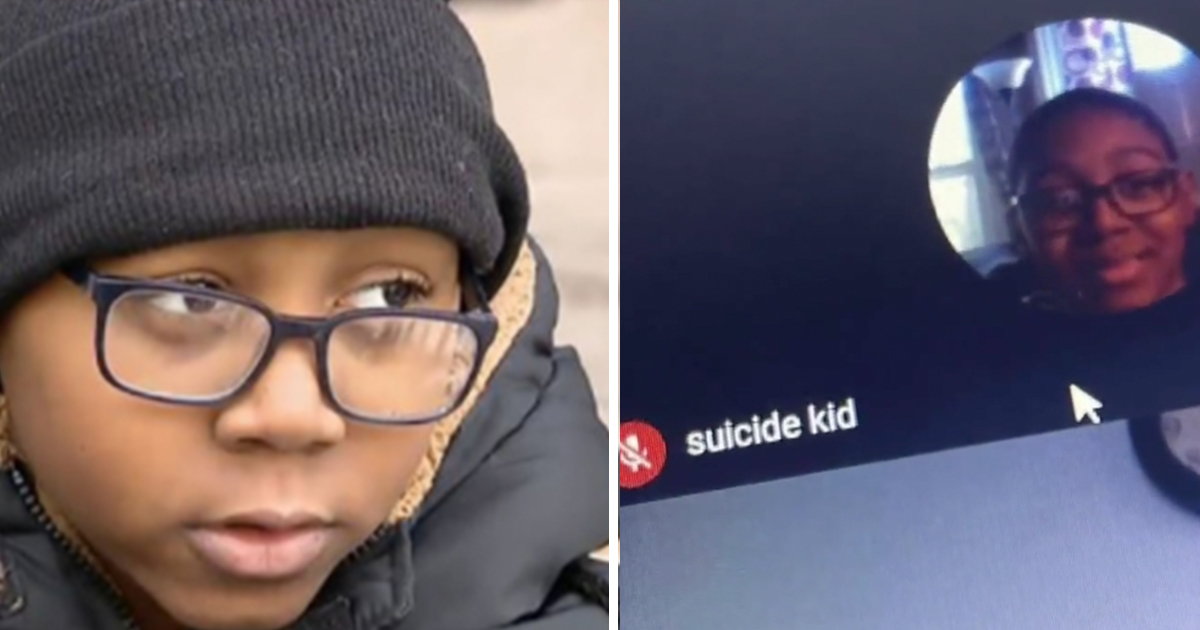 Most parents have had to add an extra role to their daily lives throughout the last year with the onset of homeschooling.

The challenge of getting your child to log on every day to work and attend online meetings is something most parents have become all too familiar with.

But one mom didn’t expect to also have to deal with the online bullying of her child which she says happens right in front of his teacher.

The Chicago mom said her son was met with profanity-laced messages as soon as he logged on to his computer for his virtual class.

Breadon Davis has messages sent to him from the class bullies calling him names, insulting his mom and warning him that “snitches get stiches.”

One day, his screen name was changed to “your mom cancer.” Another day it said “suicide kid,” mom Carrie Woods said, as per Kake.com, adding that it’s all been done in front of the teacher’s eyes.

“That’s basically insinuating for him to kill himself and it just kept getting worse and worse from that point,” she added.

The 5th grader says bullies from his school use the chat box to write profanities and bully him and when she complained to the teacher nothing was done.

“They said, to them, his name still said Breadon Davis, but we see something completely different,” mom Carrie said.

Mom Carrie was forced to send screenshots of some of the messages to Chicago Public School District (CPS) and the images have been passed on to its tech team to investigate.

“You should be able to do something or see something. This is a CPS-issued computer,” she said.

Now the worried mom is nervous for what awaits her son when he returns to in-person school.

The Chicago Public Schools said it cannot discuss specifics of Breadon’s case for privacy reasons, as per Kake.com.

How many other children are experiencing online bullying? No kid should have to tolerate this and the school district needs to act faster to stop it and punish those responsible.