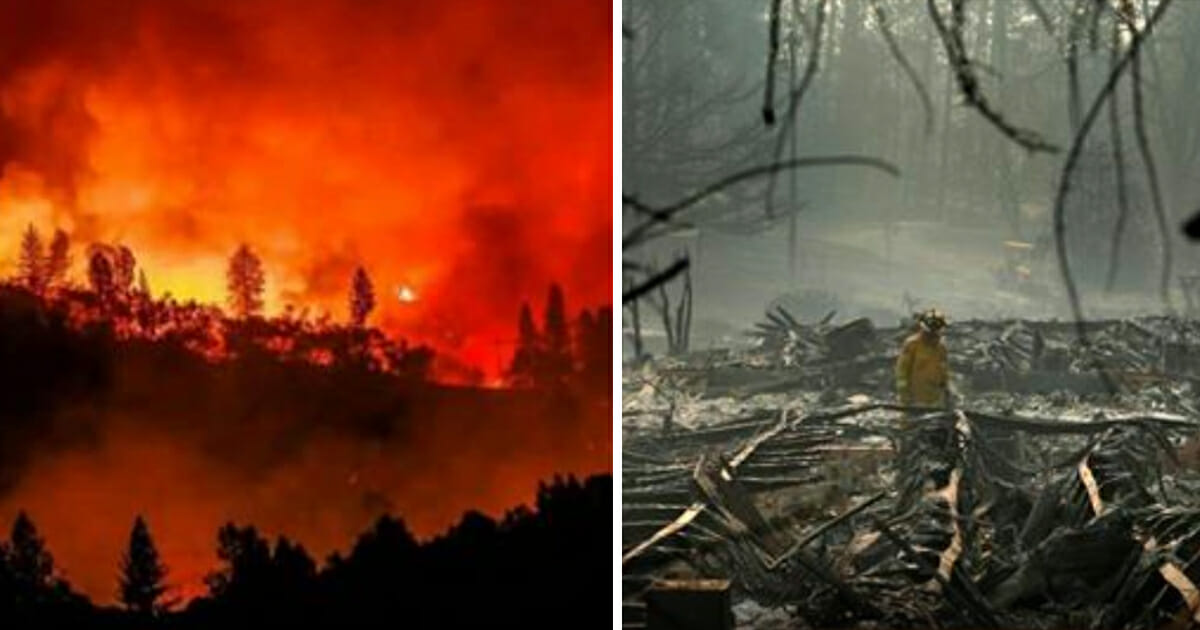 When the smoke finally clears and the fires have been wholly contained, the state of California will begin the rebuilding process in the wake of the worst wildfire in its history.

As of this morning, 79 people have been confirmed dead as a result of the blazes, whilst 699 are still missing and unaccounted for.

For the past week or so, we’ve covered all manner of stories born from the devastation wrought by Camp Fire and the Woolsey Fire, but there can be no doubting Kevin McKay’s tale is one of the most poignant.

The bus driver, who had been driving a bus for Ponderosa Elementary School in the northern city of Paradise, had only been in his job for a few months. He expected traffic, he expected dull days and he probably expected a noisy student or two. What he couldn’t have expected was to have to drive 22 stranded children to safety through the terrifying carnage of Camp Fire …

I don’t remember ever being so scared watching a video on the internet. These California fires are beyond terrifying. Posted by @OmarBaddar pic.twitter.com/qEs5V9uw5t

It was early on November 8 when the fire first began to break out properly, forcing thousands to leave Butte County.

In the wake of the evacuation announcement, many parents had travelled to Ponderosa Elementary School to pick up their children. However, there remained 22 kids who were left stranded, their family members unable to collect them. McKay then discussed how to best move the students with Ponderosa’s principal.

Two teachers, Abbie Davies, 29, and Mary Ludwig, 50, evacuated with McKay and the children. Ludwig shared her experience with CNN, doing her best to sum up the terrifying circumstances.

“It was very scary. It felt like Armageddon,” Ludwig recalled.

McKay, meanwhile described it as though the bus was “headed into Mordor”, referencing the fire-ridden wasteland in J.R.R. Tolkein’s epic The Lord of the Rings trilogy.

Nevertheless, McKay pressed on until the bus became stuck in a gridlock of vehicles all trying to leave Paradise.

As the surrounding smoke intensified, Davis began to see kids dozing off into sleep. The adults were wary of inhalation poisoning, and so McKay took off his shirt, tore it up and he and the teachers doused the strips in water so the children could use them to breathe adequately.

As the bus rumbled on through the fire, they endured a car sideswiping them and had to pick up another passenger whose own car had broken down. All this as pockets of fire raged about them. Davis has since admitted she believed they were going to die.

Hours later, when they finally reached safety, McKay told how Davis’ husband had hugged him so hard he, “damned near lifted me off the ground.”

The state of California still faces a battle in fighting the deadly fires.

Help us send all our love and support to the brave souls working to contain things. Share this article to pay tribute!