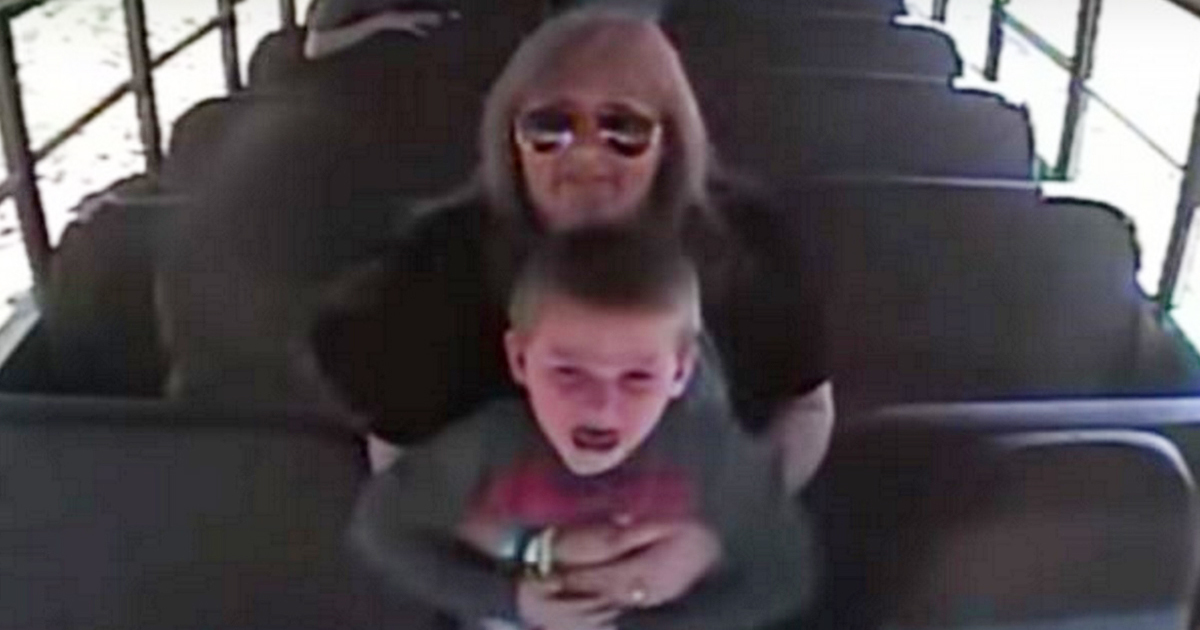 The school bus had several children on board when it happened.

The bus’ surveillance camera caught a bus driver running up to a terrified 5-year-old and thrusting him up in the air.

It was every parent’s worst nightmare.

Back in April 2016, a security camera on a school bus in Oklahoma recorded something terrifying.

Bus driver Ginger Maxville thought her day was going to be like any other, but she was quite wrong.

Ginger was driving the bus with several children aboard. They were playing, laughing, and behaving the way children do. Nothing out of the ordinary.

But then Ginger noticed something wasn’t right.

She heard a sound she’ll never forget. A five-year-old boy had a penny stuck in his throat — and he was choking.

It was every parent’s worst nightmare: their child swallowing a small object and choking.

The most important thing to do in that situation is to get it out as quickly as possible, even if the child has fainted.

Imagine the panic Ginger must have felt. One of her passengers — and a child at that — suddenly started choking while she was trying to safely bring her passengers to school.

Most people probably wouldn’t have kept their cool. Or known what to do.

But Ginger didn’t panic. She kept a level head and did what she had prepared to do.

She pulled the bus to the side of the road, went to the terrified boy, and lifted him up in her arms.

The other kids on the bus could only look on helplessly while their classmate was on the brink of death.

Ginger performed the Heimlich maneuver on the boy and got the penny out of his throat. And she most likely saved his life.

The whole thing was caught on the bus’ surveillance camera, and after the event, Ginger became a bit of a local celebrity in her town.

Children will always be children, and whether you’re a parent or not, you should take a first aid course. It can be life-saving!

There are plenty of courses out there and there’s no excuse not to!

Thankfully, Ginger acted with courage and strength. She’s a true hero in our book!

Please share this story to help raise awareness about the importance of taking a first aid course and being prepared for an emergency.