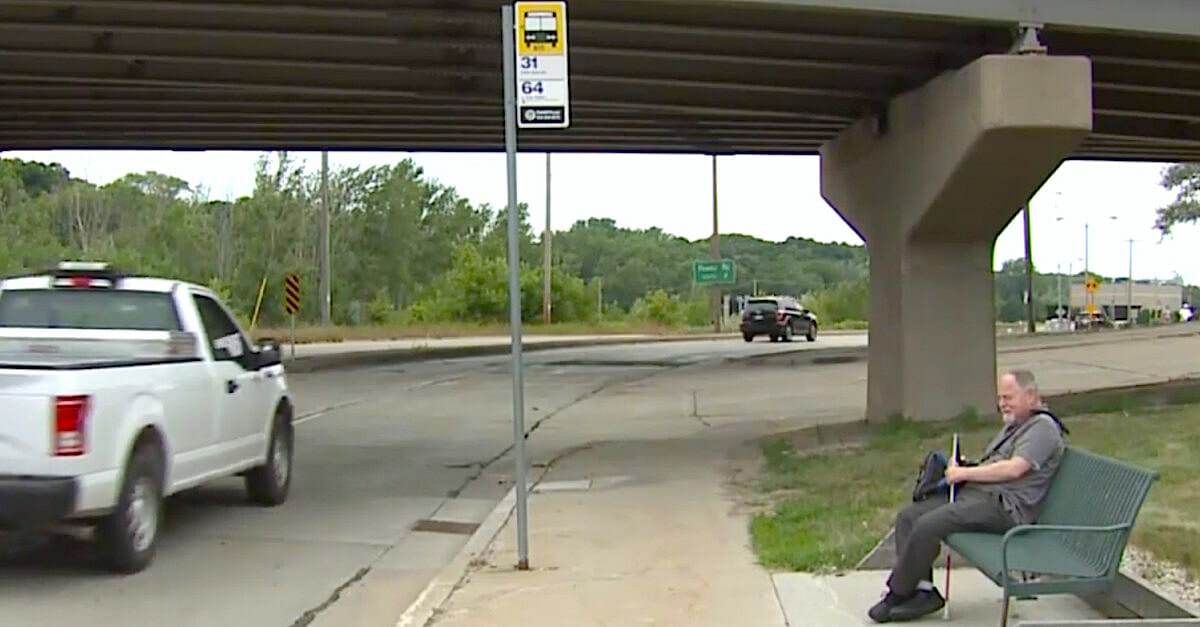 Gene Hubbard may be 69-years-old, but he’s not prepared to let that get in the way of living an independent life.

For the past 20 years he’s remained dedicated to his job come what may … and that despite the fact that he’s blind.

Yes, you read that right. Approaching 70 and having been robbed of his sight by diabetes, Gene has had a tough run of things. Has he let that slow him down at all? Of course he hasn’t …

With Gene being blind, one might expect that getting around poses certain difficulties for him, especially during his daily commute.

In any case, things certainly weren’t made any easier when the intersection at his regular bus stop went under construction. The changes to the landscape around him left Gene vulnerable; not only did he have great difficulty navigating his way, but it also became dangerous as the roads changed.

As Gene explains it, via WITI: “If I don’t have a regular locating point to start from, I may as well be in the middle of the ocean.”

So it was that on a particular day – with construction having knocked his inner-compass out of sync – Gene was struggling to get where he needed to be.

Fortunately for him, a young bus driver happened to notice his predicament and decided to take it upon himself to fix things. Not only did he stop his bus in the middle of his route, but he approached Gene with the idea of helping him.

Luckily, for the people who have seen the footage since, surveillance cameras caught what was happening. What they captured has gone viral for good reason.

The world can be a tough, unfair place sometimes, and often bad things happen to good people. When it comes to those of us living with disabilities, like Gene, things are even more challenging on a day to day basis.

Which is why this bus driver truly deserves credit. It would have been all too easy for him to continue on his route and go about his day. He didn’t though; instead he recognized there was a problem and stood in to make things right. What a brilliant example for him to set!

If you think this bus driver deserves praise for helping Gene, share this article on Facebook with all your family and friends.