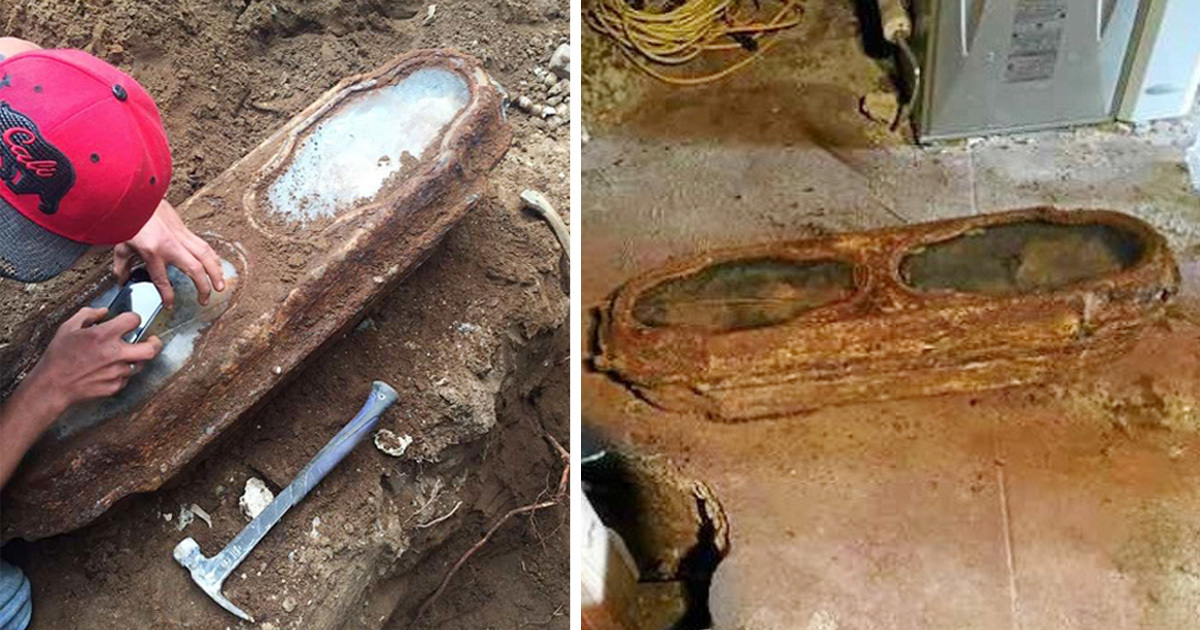 When your house is being renovated, you cross your fingers and hope that the contractor doesn’t come across anything unexpected. Still, it’s not unusual to find water damage, wires that need to be replaced, or other unpleasant things like termites when walls or floors are being ripped up.

But when a family in San Francisco heard what construction workers found while remodeling their home, they got a big shock. They found a coffin just big enough to fit a small child in under their house. The coffin had a glass lid—and you could clearly see the body of a dead two-year-old inside.

Shocked and curious, the family wondered who this little girl was—and now a year later, the truth has been uncovered.

The coffin found under the house was from the 19th century. It was completely airtight and the girl’s body was preserved incredibly well inside. Through the glass, you could see her face and see that she was holding a bouquet of flowers in her hands.

Ericka Karner lives in the house where the girl was found, and she contacted both the police and Garden of Innocence, and organization that gives funerals to dead unidentified and abandoned children.

It turned out that the land that Ericka’s house had been built on used to be a cemetery until the 1930s. Then, the land was redeveloped as a residential area and all the graves were moved. But the little girl’s coffin had been forgotten.

Garden of Innocence called the girl Miranda and reburied her in another cemetery. But they still didn’t know who she was. So they kept searching for the girl’s identity.

With the help of funeral records and documents from local cemeteries, the organization finally managed to find the girl’s identity. Her name was Edith Howard Cook. She died on October 13, 1876, just before she would have been three years old.

It also turned out that Edith has a living relative: her brother’s grandson Peter Cook.

“I found a relative that I didn’t even know existed. The sadness in this, is the little girl didn’t live to be three years old,” he told KPIX-TV.

Edith’s cause of death is not entirely clear, but she is thought to have died of an infectious disease.

Now that Edith’s real name was known, Garden of Innocence decided to hold another funeral for her and give her a proper gravestone complete with her name and picture.

A few weeks ago, the staff from Garden of Innocence met with Peter Cook and bid final farewell to little Edith.

I was really fascinated by this story and am glad that these Good Samaritans kept searching until they found Edith’s identity.

Now that the mystery is solved, Edith can finally rest in peace.