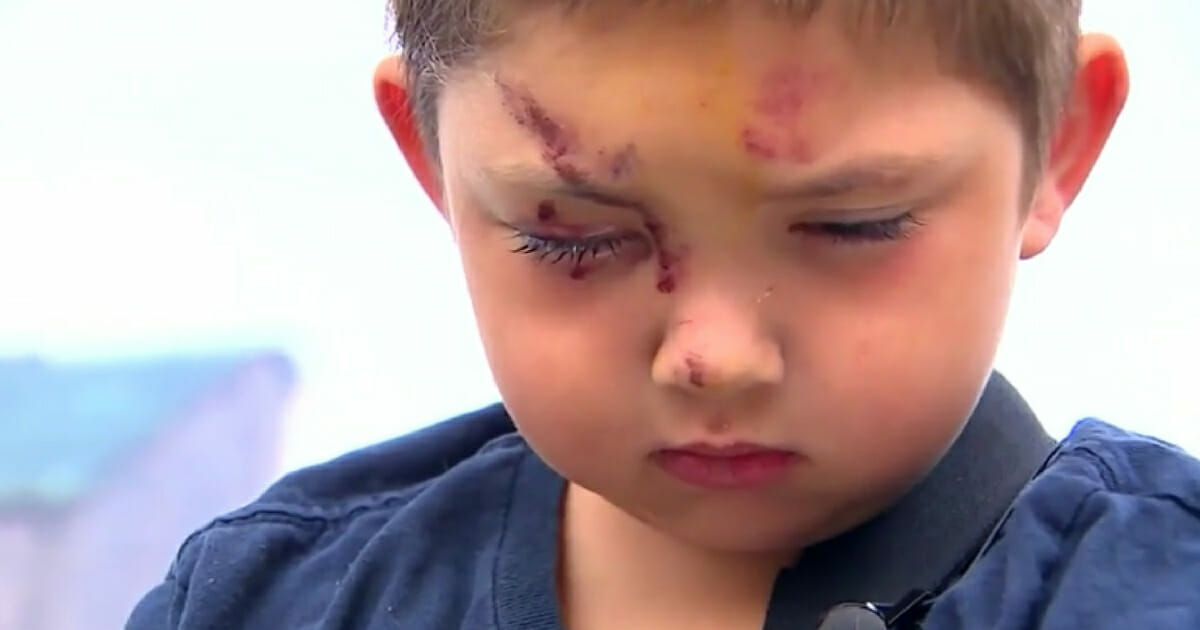 Children have always teased each other; it is part of growing up. But sometimes it goes far beyond that and turns into a complete nightmare…

This story is just such a case, and it raises that point that we have to do much more to make sure that our kids don’t bully others — because every child deserves to live without fear and have a happy childhood.

Carter English, from Washington state, is a 6-year-old boy who was attacked by a bunch of 5-year-olds outside his apartment complex.

At first, he wasn’t the being bullied. It was his friend. But as a true friend, he chose to defend his mate.

“They were just bullying him, like beating him up,” Carter said in an interview about his friend, whom the bullies attacked first. “I just told them to stop… and then they did it to me.”

But what the bullies did next was more than just tease him. Not only did they use their fists to batter Carter, but they also used sticks and stones.

When they were done with Carter, he had wounds and bruises all over his body. He had a broken arm, bruises across his face and a lacerated eye.

Carter’s mother, Dana, was overwhelmed with anger, frustration and sadness.

“It’s been hell. I haven’t slept I haven’t eaten. I can’t do anything,” she told KOMO News. “I can’t even leave his side.”

STANDING UP TO BULLIES: Six-year-old Carter English said a group of children attacked him with rocks and sticks — and…

When Carter was in the hospital, the doctors had to pick dirt and sawdust out of his eyes.

The police have contacted social services to get to the bottom of what happened to ensure that it never happens again.

Meanwhile, Dana and Carter live in fear and are afraid that it will happen again.

I really hope the parents of the bullies had a serious talk with their kids. If these children can do this at the age of 5, I can’t imagine what they’ll do when they’re older if no one teaches them the difference between right and wrong.

Watch an interview with Dana and Carter here:

Help us spread this story by clicking the share button below. Together we can help put an end to bullying!