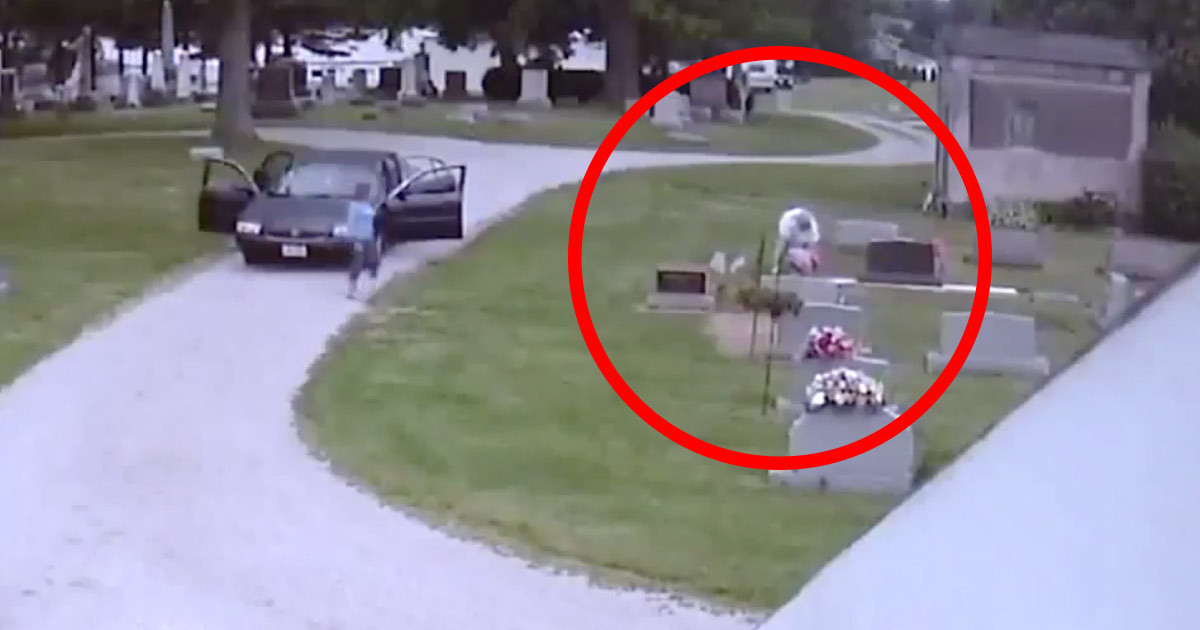 It goes without say that cemeteries are sacred places. Not only are they final resting places for the dead — they’re also where people pay their respects to their lost loved ones. And that’s why it’s so upsetting to see what happened recently at a cemetery in Ohio.

For weeks this summer, two women brazenly stole flowers and mementos from the cemetery’s gravestones. But what they didn’t know was that hidden cameras caught the whole thing on tape.

Grove Street Cemetery in New London, Ohio, has always been a peaceful place where local people pay their respects to their loved ones.

Many people even have generations of their ancestors buried in the cemetery.

But in June, people started noticing things going missing, like a flower pot that one woman gave her now deceased father back in 1977.

Eventually, enough things disappeared that people asked the local police to investigate, and fortunately, the cemetery had security cameras to assist them.

The security cameras caught two women stopping their car at various gravestones. They would pull up, get out of the car and leisurely inspect the items that people left at their loved ones’ graves. Then, the two women would get back in the car and casually drive off.

The shocking footage allowed the police to easily figure out who the women were. And not long after, they arrested them.

But what was particularly shocking to the townspeople was that one of the women was a government clerk from a nearby town and was known by many in New London.

The women have been charged, and hopefully, the people of New London can once again leave flowers and mementos for their loved ones without worry.

We’re thankful the cameras were able to catch the thieves in the act — and in the future, we hope that these two women remember that crime never pays.

Watch a local news report about the crime and see the security camera footage here:

We hope that everyone who lost something to these thieves got their beloved possessions back. Please share the article if you think these two women deserve to spend a long time in jail.