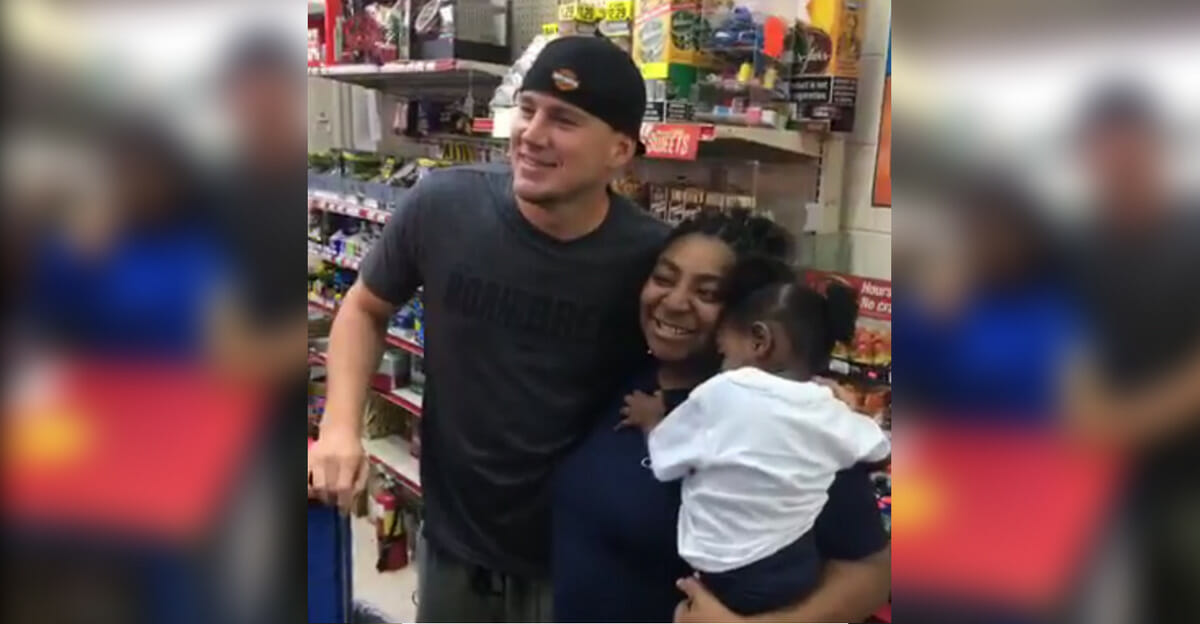 Channing Tatum has long been a household name in the movie industry, but it was when Magic Mike came out that he was transformed into an icon.

It’s no small surprise as to why that was the case. After all, women the world over couldn’t get enough of his moves!

Not only that, but his sex appeal – combined with that of his co-stars – made the film a huge success. Thus far it’s been a career-defining role for Tatum – any woman with a pair of eyes can now appreciate that.

Just imagine, then, having Magic Mike turn up at you local gas station and dance with you …

The #MagicMikeLDN launch was a dream come true! Thank you to our new @HippodromeCasino family, our team, and everyone who helped make this happen! Where do you think we should bring #MagicMikeLive next?

It might sound like the stuff of an overly ambitious dream, but it was a shocking reality for one gas attendant in North Carolina. Beatrice was working her usual shift at Sunoco when she was left with eyes bulging upon seeing Channing and a buddy walk into her shop.

It turned out that Channing was in the midst of a road-trip tailored to promote his new movie Lucky Logan, and happened to be in high spirits on that particular day.

The result? Well, Beatrice was given a few moments she’ll likely remember for the remainder of her life.

Channing went live on Facebook to film his antics with Beatrice, with the latter even letting him pretend he was the manager of the store in order to fool a customer.

Once music starts playing though? Well, Channing and Beatrice become the stars of their very own show.

Just watch the dance party below … and try not to be green with envy:

It’s long been said that Channing Tatum is one of the most down to earth, humble stars in the business. It’s so good to see a man who has it all happy to simply interact with people who utterly adore him, and treat them like they’re genuine friends.

Channing, we applaud you, sir, keep doing what you’re doing.

If you thought this video was brilliant, or you’re simply a big fan of Channing Tatum, share this article on Facebook and spread some joy today!