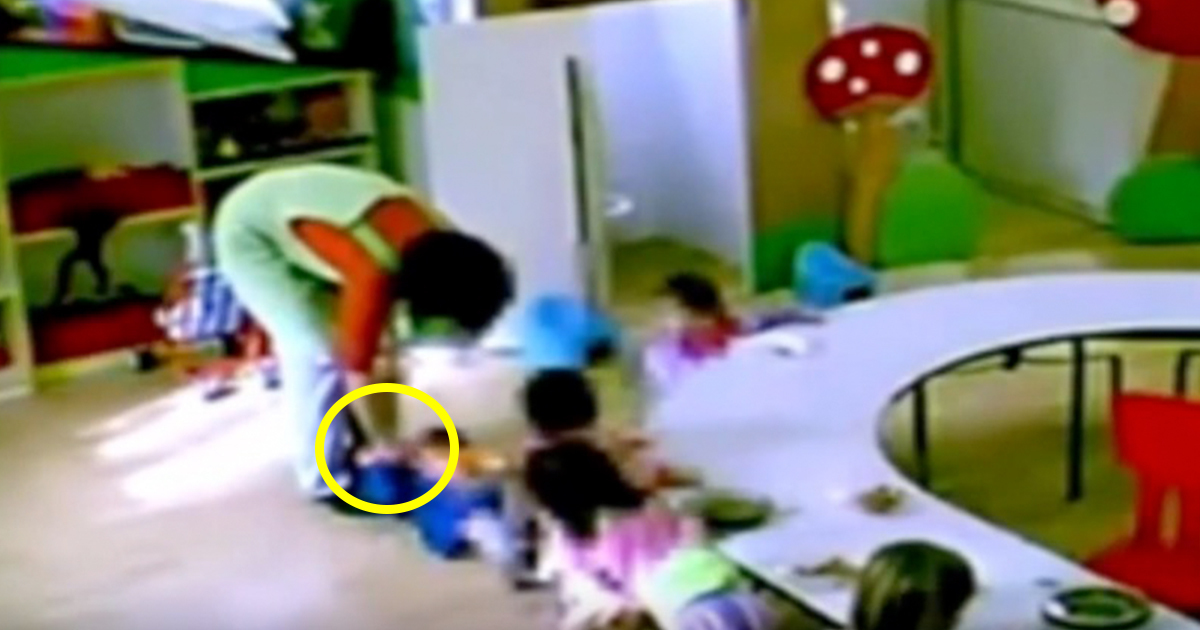 Our children are the most precious things we have, so it’s extra painful to see them suffer or feel sad.

When we choose to leave our kids at with a babysitter or at a preschool, we expect the caregivers to look after them as if they were their own. But it’s not always the case.

After suspicions arose at a preschool in Spain back in 2011, some of the staff decided to set up a hidden camera.

The shocking footage shows a preschool staff member named Esther abusing the children in her care.

When one child doesn’t want to eat, she’s seen pinning them to the floor and forcing them to eat.

When one of the children doesn’t want to sleep, she’s seen forcing the child into a sleeping bag and then sitting on the opening of the bag.

While some of the abuse takes place, a coworker stands by without doing anything.

The awful footage was captured between November 14 and November 18, 2011, and Esther was arrested and sentenced to four years in prison.

The coworker who didn’t do anything to stop the abuse was given an 11-month suspended sentence, according to The Daily Mail.

See the footage below, but be warned: it’s disturbing.

Children should never treated like this. It seems obvious, but unfortunately, some people just don’t get this.

Share this article with your friends on Facebook if you also think that child abuse is unacceptable!