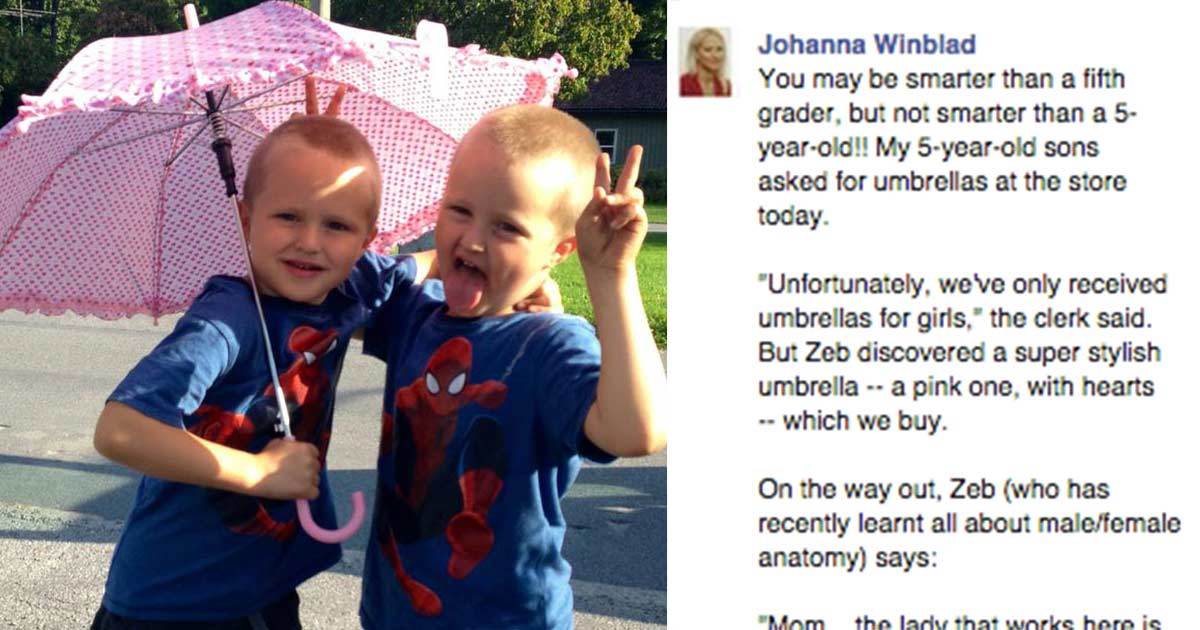 A few days ago, a mom named Johanna posted a photo of her 5-year-old boys and their recently purchased umbrella on her Facebook page. Within just a few days later, the picture was shared and liked over 50,000 times… The reason? Johanna has two really clever boys!

“Unfortunately, we’ve only received umbrellas for girls,” the clerk said. But Zeb discovered a super stylish umbrella — a pink one, with hearts — which we buy.

On the way out, Zeb (who has recently learnt all about male/female anatomy) says:

“Mom… the lady that works here is not very smart… She doesn’t know that umbrellas don’t have vaginas & penises”!

All I have to say is: children can be so smart, and pink umbrellas with hearts are always great – whether you’re a boy or girl!

I really smiled when I read this story and so did everyone I shared it with. Feel free to pass on this boy’s adorable response!