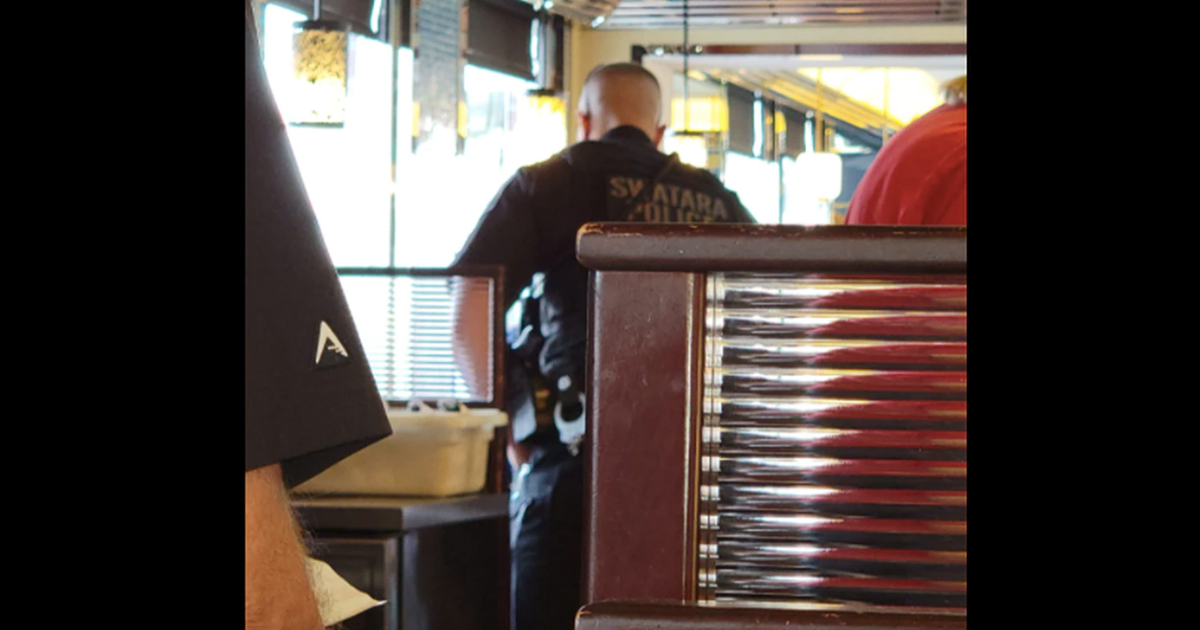 Given the amount of criticism and scorn the police force has gotten in recent years – deserved or not – it’s easy to forget that a great deal of our men and women in blue are compassionate souls simply trying to make the world a better place.

In an age where any interaction can be photo’d or filmed and then put online for the world to see, it almost feels like we’ve become accustomed to seeing police officers involved in incidences where they come off as aggressive, over-bearing individuals who bully and pressure others because they think they can get away with it.

Now, whilst their are undoubtedly rotten apples in the barrel of police work, there are also those who deserve our praise for the outstanding work they do in keeping our streets safe and ensuring that people can live their lives with the knowledge that they are protected and cared for.

One police officer, from Swatara Township, Dauphin County, Pennsylvania, is getting rightful praise online after his handling of a situation wherein an elderly customer couldn’t pay for his breakfast.

As per reports, the customer in question – a gentleman in his 80s – couldn’t access his money from his credit and debit card, and so called the police for help.

It was Officer Anthony Glass who showed up to the Capitol Diner at around 8:20 a.m. Officer Glass then sat down with the elderly man, listened to his story, and quietly paid off the outstanding tab.

According to PennLive, the elderly man asked how he could repay Officer Glass, but Glass responded: “No way, I got you covered.”

A picture of the encounter was fortunately snapped by fellow diner Jason Bias, who later uploaded it to social media as it made him “feel all warm and fuzzy.”

Needless to say, Bias’s post was well received – it garnered more than 1,300 shares and over 200 comments.

Police Chief Darrell Reider later cleared up the misconception that the Capitol Diner had called the police, instead clarifying that it was the customer himself.

“He was confused, but had the wherewithal to call for assistance,” Reider said. “And I am very proud of the way Officer Glass handled the call.”

Of Officer Glass, he added: “He’s a great police officer. He’s very compassionate, as are all of our officers. I’m proud of his actions this morning.”

What a fantastic gesture by Officer Glass to help this man when he was most in need. I don’t know about you, but these are the sorts of stories I want to see our police officers involved in!