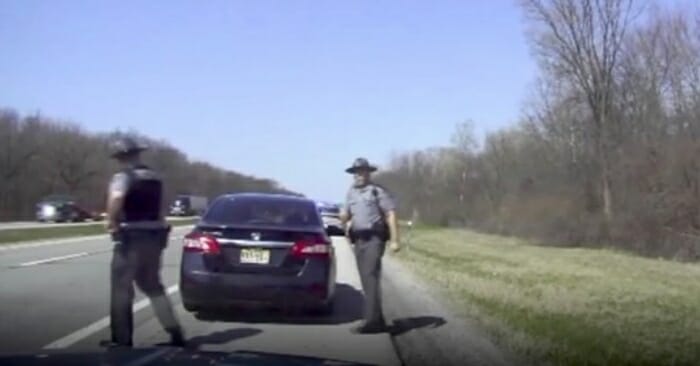 The world is a truly terrifying place.

One simply never knows when a monster is hiding in plain sight, nor, for that matter, what depraved acts people are capable of. As an Ohio State Patrolmen, Mitch Ross knows better than most that not every person you see is an honest, law-abiding citizen.

Yet while stopping speeding drivers and doing his best to keep the highways safe might be well within his remit, rescuing victims of human trafficking is something he probably never expected to do.

Mitch Ross assumed it was business as usual when he stopped a driver on I-80 west in Lucas County, Ohio. He had planned to issue the male driver with a “failure to move” citation, only to notice that the man wasn’t alone.

There was a young girl in the vehicle with him, and neither of them had identification or spoke English.

Ross began to develop the suspicion that all was not right. He called a translator from OSHP to help him, and it eventually transpired that Mitch had been sensible indeed to trust his gut.

The girl was 15-years-old and had been reported missing in New Jersey. The driver, a 35-year-old man, was taking her to Chicago.

Whilst alone with officers, the girl admitted that the man had “forced her to perform acts” on him. She’s now receiving medical care, whilst her abductor is at the Lucas County jail facing charges of abduction.

Were it not for the quick-thinking and insight of Mitch Ross, this young girl’s future would certainly have been far bleaker.

Share this to honor his work, and to show you stand against trafficking in all forms!