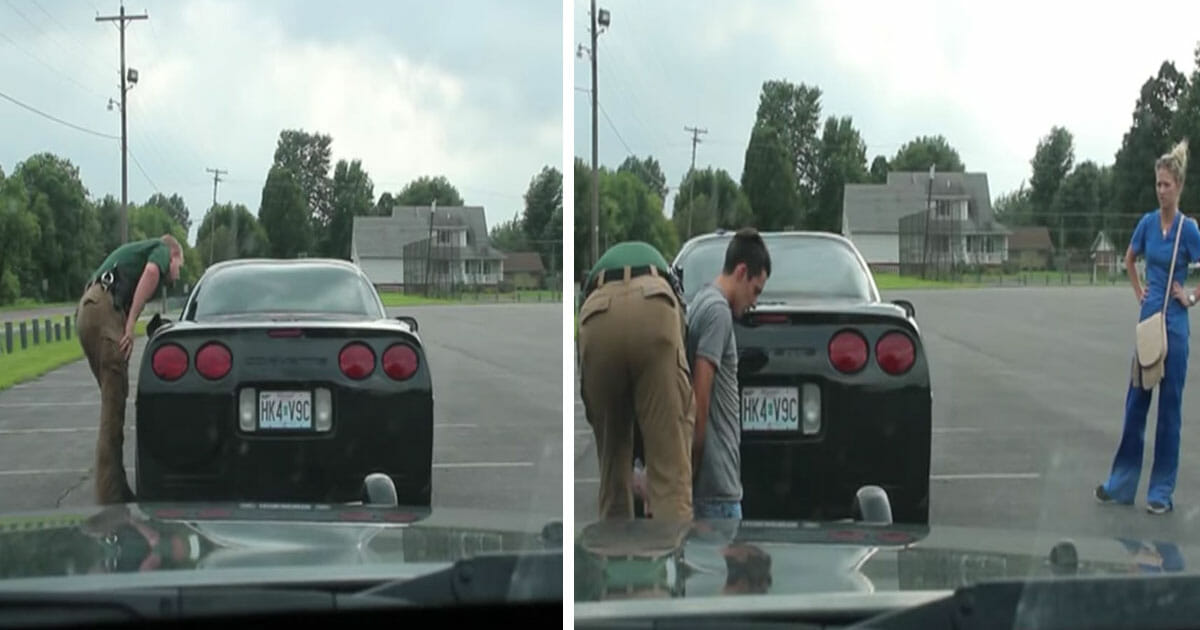 Being pulled over by a cop is never a comfortable experience.

It doesn’t matter if know you’ve committed an offence or if you believe yourself to be completely innocent: When those blue lights start flashing it instigates panic.

Such was the case when a young couple in a black Corvette were flagged down in Kansas. Austin Urhan and Samantha Watson had been together for seven years when they were pulled over one day whilst heading to Scott City, Kansas, to see Samantha’s grandparents.

Austin had already accumulated over 20 speeding tickets in his life, so he at least had an idea of protocol and what to do. Little did Samantha know that this particular stop and search would change her entire life…

Samantha had no idea just why her and her boyfriend, Austin, had been told to pull over. She could see Austin was panicking when the cop asked for his license and registration, and so had every reason to be more than just a bit unnerved herself.

After Austin handed the documents over, the officer asked: “Sir, I got a call that there was a black Corvette on the interstate driving recklessly. Is that you?”

The cop promptly asked Austin to step out of his vehicle, before requesting the same of Samantha. Austin was then told to put his hands on the rear of the car while the officer searched him.

“That’s just what I thought,” said the officer. “You’re gonna do LIFE for this. Get on your knees and hands behind your back. I need to go get my camera for evidence.”

Samantha was left stunned. She spent the following few seconds wondering what her boyfriend could have possibly kept hidden for her all that time.

She wrote on her Facebook page, after the event: “I’m dying inside thinking he’s secretly hiding that he’s a drug lord for the past 7 years.”

After going to retrieve his camera, the cop turned to Samantha. “Ma’am, I need you to come over here,” he said. “Right in front of him.”

That’s when Austin presented the “evidence”. It turns out, he wasn’t handcuffed at all – he was holding a ring for Samantha, one that indicated he wanted his “life sentence” to be with her.

Fortunately, the officer’s dash cam captured the whole scene on video, and the footage was later posted by the police department to Facebook. It should come as no surprise that it quickly went viral, having accumulated over half a million views within the first weekend of being posted.

Watch the amazing footage below:

We’re sure you found it just as brilliant as we did! How great of Austin and the officer to arrange such a unique proposal!

If this put a smile on your face, don’t forget to give it a SHARE to help others see it.