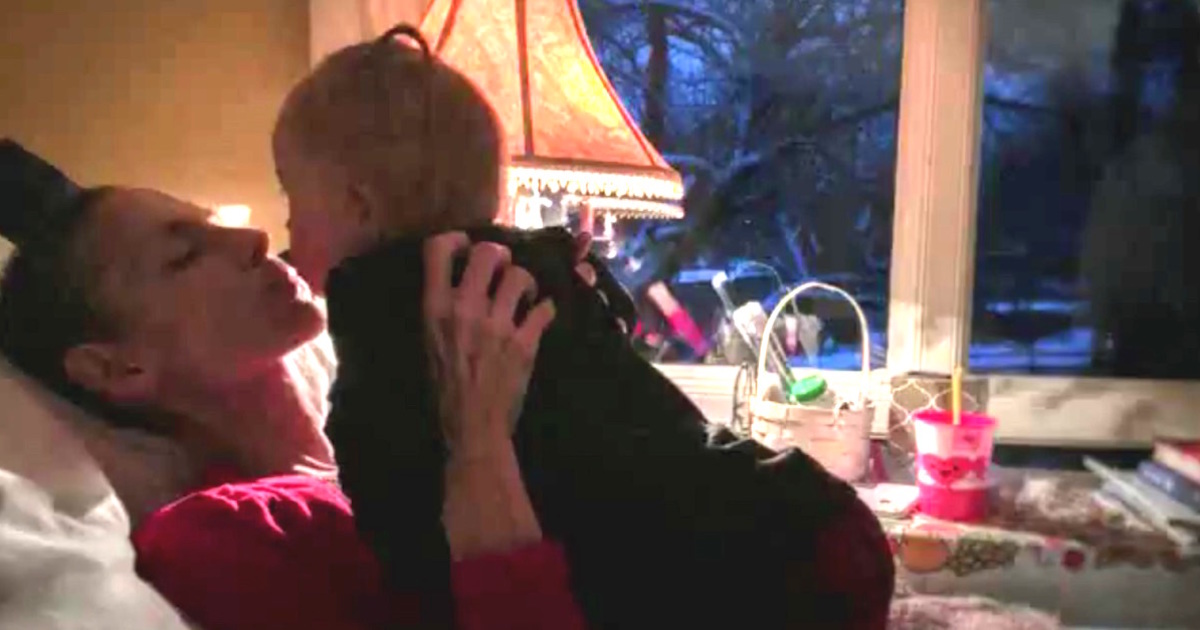 With only days left to live, country singer Joey Feek of Joey + Rory fame has said goodbye to her loved ones, including her 2-year-old daughter, Indiana.

The 40-year-old was diagnosed with terminal cervical cancer in 2014, but recently, her health rapidly deteriorated and her body began to “shut down quickly.”

Now husband Rory Feek has announced that Joey has said that “enough is enough.”

Despite her suffering, Joey wanted to make it to her daughter’s birthday. And in early February, she was there to see her daughter Indiana turn two.

But a few weeks later, the pain intensified, and she decided that the time had come for her to “go home.”

A few days ago, Joey said goodbye to her parents, sisters, and husband.

But Joey’s most moving goodbye came when she said her final words to her daughter and gave her one last kiss.

She said, “You be a big girl for your papa,” and “Mama will be watching over you,” before falling into a deep sleep.

Rory says that even though Joey’s life will soon be cut short, she has no regrets and has lived a full life.

This video is a tribute to Joey’s life that Rory recently made by setting pictures from Rory’s life to an unreleased song the couple recorded called “In the Time That You Gave Me.”

Share to show your support to Joey and her family.