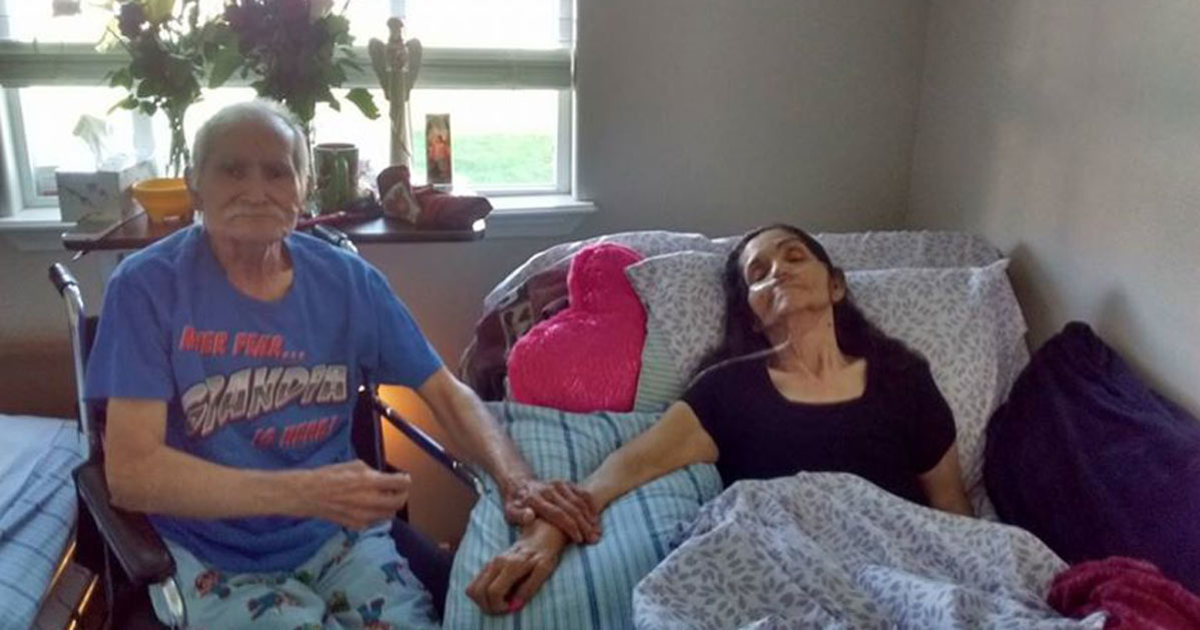 I came across this beautiful love story, but when I realized it was a tale quite unlike many others, I was absolutely keen on sharing. ‘Till death do us part’ couldn’t ring more true for this Idaho couple who died the very same day. In fact, just hours apart. And this, after 55 years of marriage. I don’t know how often this kind of thing happens. I mean in real life and not just The Notebook. But being the true romantic I am, I naturally dream of moments like this. So here’s to real-life, true, and endless love.

Ana Maria Chavez and her husband Domingo Chavez met in 1958 and married in 1961.

Over the next several decades, the couple would have eight children, 30 grandchildren and 32 great-grandchildren together… Wow.

The pair renewed their wedding vows on their 50th wedding anniversary, celebrating what I can only imagine is true, endless love.

The couple eventually got sick around the same time, both struck with dementia. According to their family, while one’s condition would improve, the other would worsen, and then the other way around.

Ultimately, Ana Maria was the first to go, in the bedroom they were sharing at one of their son’s home, with Domingo lovingly holding her hand. The husband’s and wife’s hands rested on a heart-shaped pillow, according to local broadcast media outlet KTVB7.

After Ana Maria died, Domingo was immediately overcome with grief.

“He took a turn for the worse,” Freddie told KTVB7. “I mean, he got sad. You could tell he was very, very sad.”

Domingo died just hours later, the same day as his wife, also the day of his 76th birthday. He was no doubt struck by the grief of losing his wife — but I like to think he was just in an adamant rush to join her 🙂

All in all, their beautiful union lasted 55 years, right up to quite literally, their last moment together.

“I never thought it would happen this way,” said Freddie Chavez, the couple’s oldest son, said.

Their last days together being cared for by their son Freddie and his wife Gloria saw their health deteriorate, but were still filled with sweetness.

According to Freddie, they spent all their last days like two peas in a pod, watching among other things their favorite show, Bonanza. Ana Maria refused to sleep unless Domingo was with her.

“She would knock on the wall and call out `Mingo,’” Freddie said.

“They don’t suffer anymore and I know they’re in heaven right now looking down on us just dancing away in the streets of gold,” added Freddie of his parents.

Such a beautiful love story that ended precisely the way so many of us imagine in our dreams.

Share this beautiful tale with all the other dreamers and romantics out there!