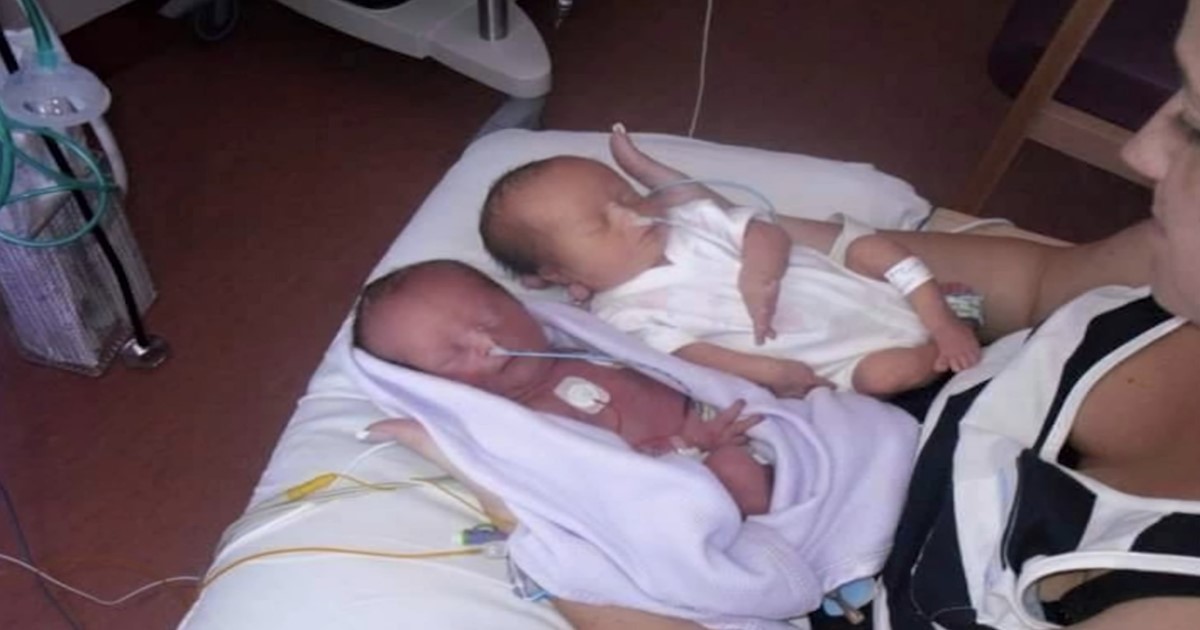 Everyone who’s ever expected a child know just what the anticipation can feel like.

Expecting two at once can thus naturally be even more overwhelming.

Matt and Jodi Parry certainly had double the emotion when they learned they were pregnant with twins.

The couple already had a son and looked forward to welcoming two more angels into their family.

But their joy and anticipation clearly turned to fear

But their joy would quickly turn into fear and anxiety, after their doctor called them in to his office and uttered two terrifying words: “I’m sorry.”

Parents Matt and Jodi Parry were stunned when doctors explained that their twins Abigail and Isobel, born prematurely, had been diagnosed with Down’s syndrome.

But the way the doctor announced the news was hardly professional. Jodi says he was diagnosed to be “a lifetime punishment”.

“That day, I did not feel like a mom,” she said. “I just felt confused and gone.”

Matt and Jodi were told that the odds of giving birth to twins who both have Down’s syndrome are one in the million.

Unfortunately, the parents received little help or guidance in terms of how to care for babies with Down’s syndrome.

Certainly, no one explained to the parents that their family of five could be happy and live a life just like everyone else.

At first, Jodi and Matt were very afraid. They didn’t know if their girls would ever walk, talk, or even attend school.

The family went their own way, trying to get as much information as possible for themselves. And while strangers and may have felt sorry for them and their family, Abigail and Isobel got all the love in the world from those who knew them best.

“To this day, I’ll never know what he was sorry for. If I could ever meet him again, I’d like to show him Abigal and Isobel and say why did you say sorry?” Jodi says, adding, “We wouldn’t change Abigail and Isobel for the world now.”

Today, five years later, the girls have shown just how wrong the doctor and alll the prejudiced people in their surroundings were.

Every human, regardless of syndrome or not, deserves a chance in life — and Abigail and Isobel are excellent proof.

Just look at this family!

Learn more about the Parry family in the video below:

For many years and in several places around the world, some have made certain others try to be invisible — hiding and forgetting them just because of a diagnosis.

But people with Down’s syndrome should have the same opportunities and freedoms as others — like and share if you agree!