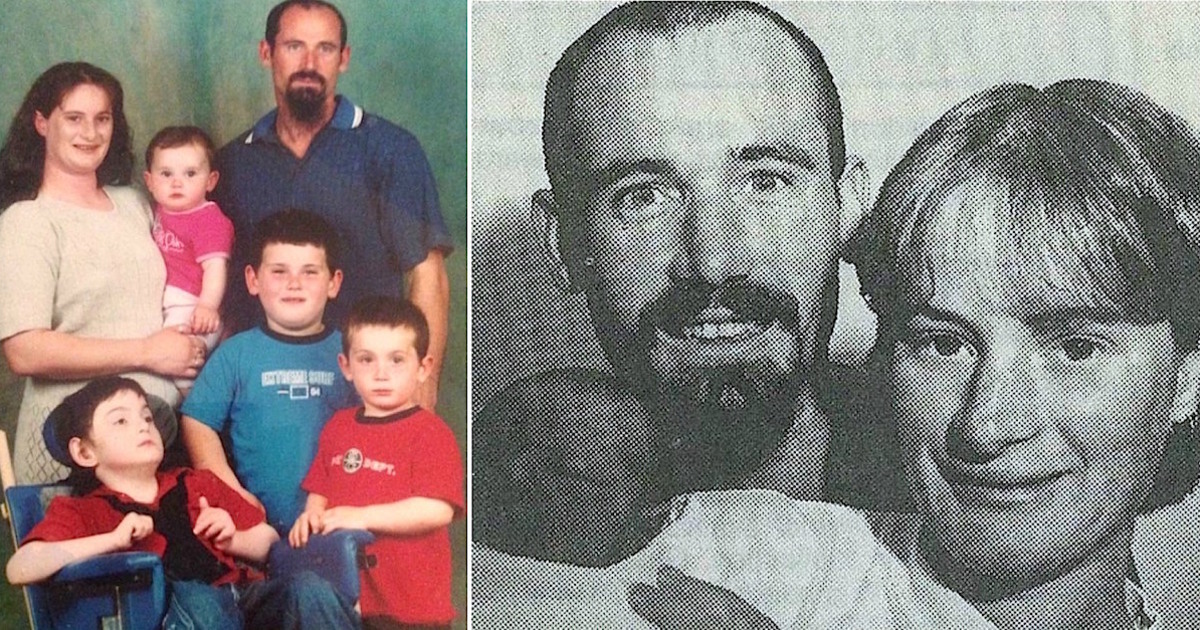 Life was good for Wayne and Sharleen Meyers. The happy couple from South Australia were married in 2004 and had four children.

Wayne was driving on that sweltering day when he became dehydrated, had a heat stroke, and fainted.

Sharleen rushed to the hospital when she heard what had happened. But when Wayne woke up, he uttered a sentence that Sharleen will never forget.

Wayne and Sharleen Meyers got married in 2004 and couldn’t have been happier.

The couple had four wonderful children together—three sons and one daughter.

Wayne especially had a close bond with all of the kids. It was like he was born to be a father.

But on January 28, 2009 the family’s life changed in an instant, writes the Daily Mail.

Wayne was driving and pulled the car over to the side of the road before he passed out behind the wheel.

According to doctors, Wayne was found severely dehydrated by the roadside. He had fainted due to a heat stroke.

And when Wayne woke up in the hospital, his story took an even more bizarre and frightening turn…

It sounds absurd, but Wayne had lost 20 years of memory.

“The last thing I can remember was waking up in the hospital bed. The nurse was filling me in on what had happened to me,” Wayne Meyers told Daily Mail Australia.

Wayne had no idea he was married to Sharleen; he didn’t even know who she was. And he didn’t remember that he had four children, either.

Wayne could remember his life up to 1989, but what happened after that was a mystery to him. Twenty years of memories has been washed away in an instant.

When Sharleen went to Wayne’s bedside at the hospital, her husband looked at her and said, “So, I’ve been told you’re my wife.”

After spending five days in the hospital, Wayne’s mother assured him that he could trust Sharleen and that she would take care of him in their home.

Doctors diagnosed Wayne with retrograde amnesia, the inability to recall memories from before an accident took place.

The condition sometimes gets better over time, but Wayne turned out to be a special case.

Sharleen began the difficult process of trying to help Wayne regain his memories.

But old family photos and videos didn’t help, so Sharleen and the couple’s four children turned to YouTube for help.

They introduced Wayne to “new” inventions like the flat screen TV, and they also shared the tragic events of 9/11 with him.

Wayne was completely flabbergasted by all the progress and all that had happened over the past two decades.

He was also interested in learning about his hobbies and interests before the accident. The children happily showed him how to use his favorite tools and also shared his favorite films with him.

Sharleen didn’t expected any miracles, but she hoped that Wayne could slowly but surely regain some memories.

Unfortunately, though, Wayne made no visible progress.

However, something happened as the couple spent day after day together in the house.

In 2014, exactly 20 years to the day that they met, Wayne and Sharleen renewed their wedding vows.

Their second wedding took place five years after the accident.

“It was very special. No one gets to marry the same person twice,” said Sharleen.

Now, Wayne, Sharleen, and their children are creating strong, new ties, and Wayne has returned to his old job.

Despite the difficulties, he remains the wonderful father and husband whom Sharleen once fell for.

“I believed from the beginning he was the very same person. He is a bit more of a mate to the kids now. He finds it hard to tell them off and he’s a bit more mellow,” said Sharleen.

The Meyers family is now focusing on the future instead of trying to look back.

“The only way we can cope is going on with the life and making new memories,” says Sharleen.

Please share this story on Facebook so that all your friends have the chance to read about this amazing family!