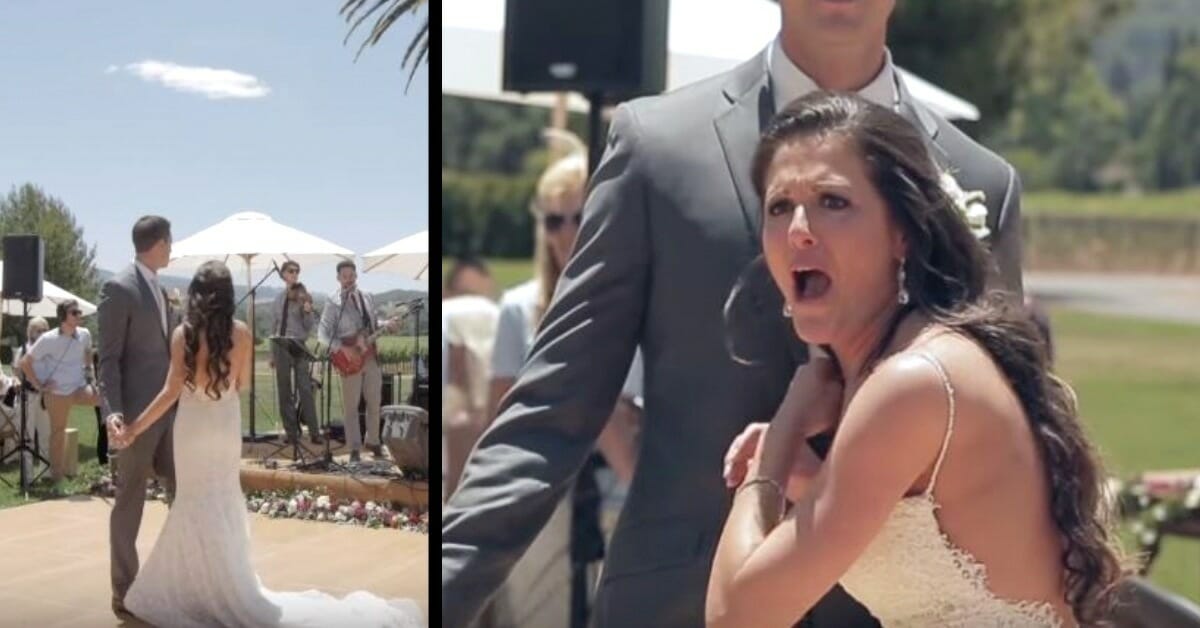 Samantha and Taylor had been dating for more than three years when Taylor got down on one knee during a vacation to Mexico.

The couple weren’t just boyfriend and girlfriend, they were also best friends set to become husband and wife.

Little did they know their dreams would quickly become a nightmare after receiving some bad news.

When the happy couple first began planning their wedding, there was one place the conversation kept returning to: The same Cancun beach where they had first gotten engaged.

The couple went back to Cancun to fix some last minute details before the wedding, but when they went back home they would be hit with unsavoury news.

Her condition had deteriorated of late, though, and she was not fit to fly to Cancun for her own daughter’s wedding.

Without hesitating, the couple rearranged their plans and began looking for somewhere closer to home.

Soon the family would be struck by another tragedy – in addition to her MS, Kathy had been diagnosed with cancer of the colon. Samantha had to quit her job and move home to take care of her mom.

The wedding was postponed indefinitely: There were more important things to focus on.

While Samantha could only dream about having her big day, it was the idea of tying the knot with her husband that kept her smiling throughout the hardest days with her mother.

She happened to stumble upon a contest where people could submit proposals as to how their dream wedding would look. Samantha and thousands of others sent in their ideas to The Knot, but it was Samantha – to her great surprise – who won.

Samantha and Taylor had their whole wedding paid for and a professional planner to help create the most special day they could possibly imagine.

However, there was yet one great surprise lying in store.

Taylor and Samantha had wanted to dance their first dance to her favourite song, “Love You Like That”, by country star Canaan Smith.

But when the band started playing and the newlyweds moved onto the dance floor, the music suddenly cut out. The singer explained he had a “better idea”, even though the dance had barely started.

When the couple and their guests realized the second surprise, they couldn’t quite believe it – watch for yourself in the video below:

What a wonderful gesture as this couple tied the knot.

Samantha’s mom was also in attendance to witness her daughter’s big day, and that was most important of all!

Please share if you enjoyed this story. Help us spread some happiness.