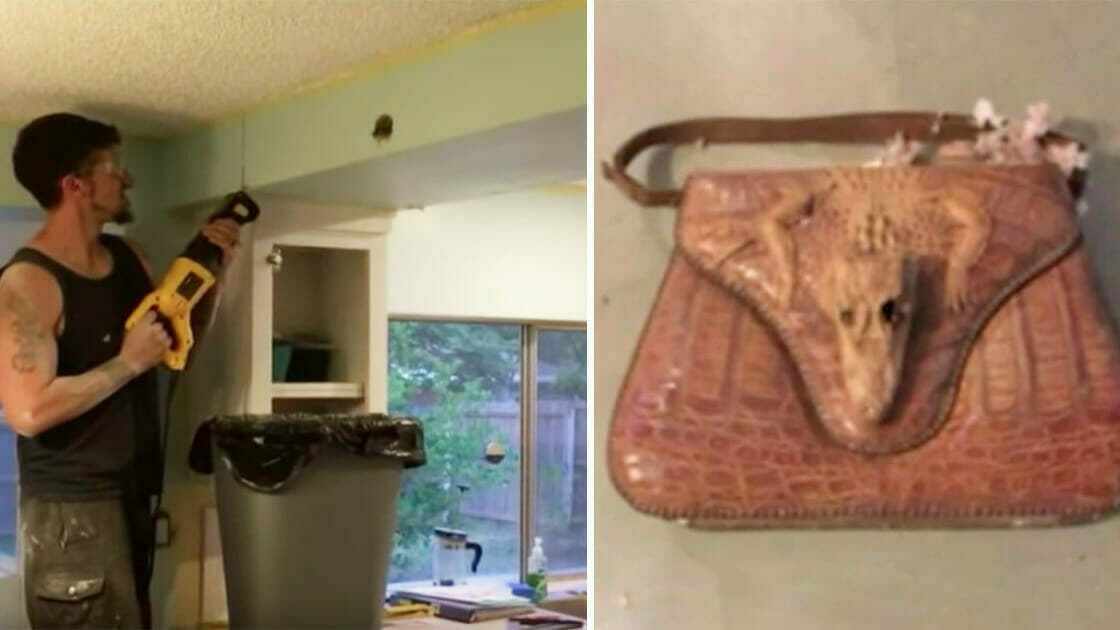 Renovating a house or apartment is a difficult task and construction can be a disruptive and very messy existence.

But if you renovate a house for the first time since it was built you can learn a lot about the history of the house and those that lived in it before you.

Just ask Megan Kapsidis and her husband Bobby, who found something very special during the renovation of their home.

As Bobby drilled into the roof of the house an old bag fell down and hit him in the face. What was inside prompted a nation-wide search to find the owners.

Megan and Bobby Kapsidis decided it was time to start work on their Florida home, a house that had belonged to Bobby’s mother which they bought in 2009.

After the purse “hit him right in the face,” Megan told Today, they decided to see what else was lurking behind the ceiling.

A wedding invitation from 1963

They discovered a 50-page wedding album belonging to a Marguerite and Joseph Garguilo which included a wedding invitation to their celebration, in Brooklyn, New York, in 1963.

“I thought this was just incredible,” said Bobby Kapsidis, a 34-year-old aircraft mechanic.

Megan posted a picture of the beautiful album on her Facebook page hoping they may be able to trace the couple and get their treasured photos back to them.

“I would love to return it to the family,” she said. “I’d like to sit down and give them back their memories.”

After being inundated with thousands of messages on Facebook the cousin of the groom in the photo got in touch and said the couple had since divorced, according to Inside Edition.

Unfortunately, Joseph Garguilo had passed and Marguerite was in assisted living accommodation in Florida.

“It was shocking, it really was, to see my family back in the day in the ’60s,” an emotional Frank Romano, the groom’s cousin,” told Inside Edition.

What a fantastic find! I’m so glad this family is finally getting back some of its history.

Don’t forget to share this article with your friends and family.