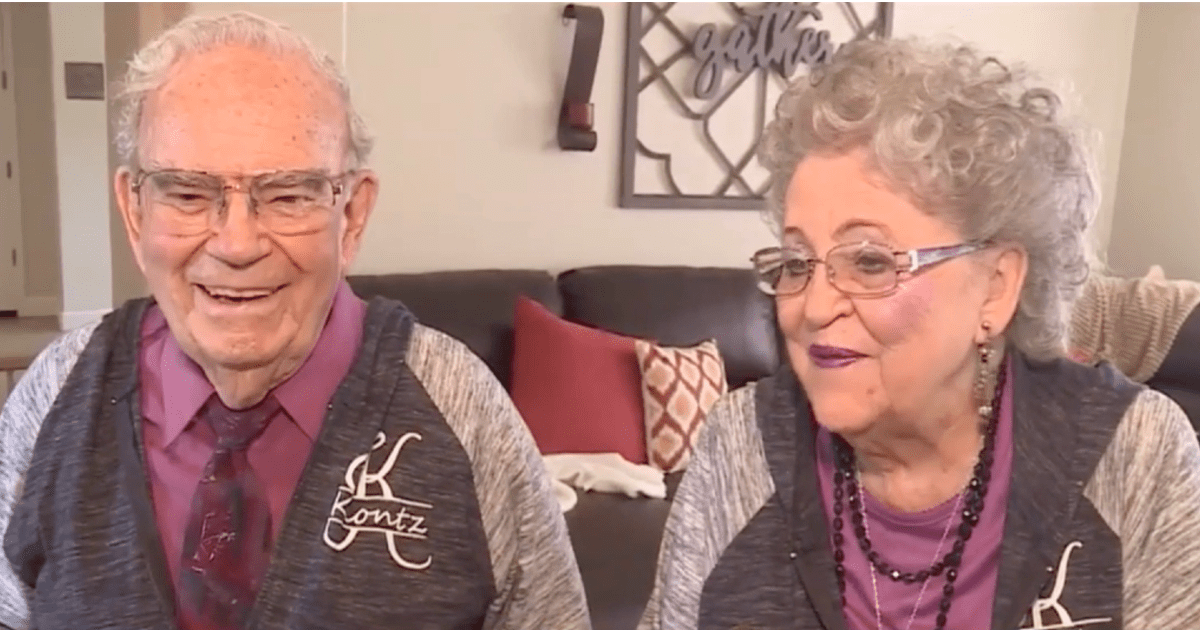 Would you ever purposely match your clothing with someone?

For the past 68 years, Francis and Rosemary Klontz have worn identical clothing, making them possibly the cutest couple ever. Their love story will make you fall even more in love with them.

When Francis and Rosemary were kids they met in Auburn, Washington.

“I thought she was the cutest little thing when she came into our town,” Francis told WKOW.

But it wasn’t until they were seniors in high school that the two started dating, and soon after, when they were 19 years old, they got married.

How adorable are these two?! Francis and Rosemarie Klontz from Plumas Lake, CA have been married for almost 68 years, and they have matched their outfits EVERY day since they were 19! They also SING! Watch their story tonight on @cbssacramento to hear what they say the secret to a long-lasting marriage is!!

When the couple first got together, Rosemary’s mother got them matching shirts, though she told CBS Sacramento she was the one who picked them out.

“…And we’ve been matching ever since.”

“She just lays it out for me, and I don’t have to worry about a thing,” Francis said.

But how does a couple who has been married for nearly seven decades and wears the same clothes stay together? Joy.

“Jesus first, others second, you last – that’s the way you spell JOY. Jesus and others and you – what a wonderful way to spell joy!” Rosemary said.

The happy couple also sing together at their church, local hospitals, and when they don’t have an audience they’ll sing to each other.

How adorable are they? And how amazing is their definition of joy? I love it!

Share this if you think more people should live by their meaning of joy!