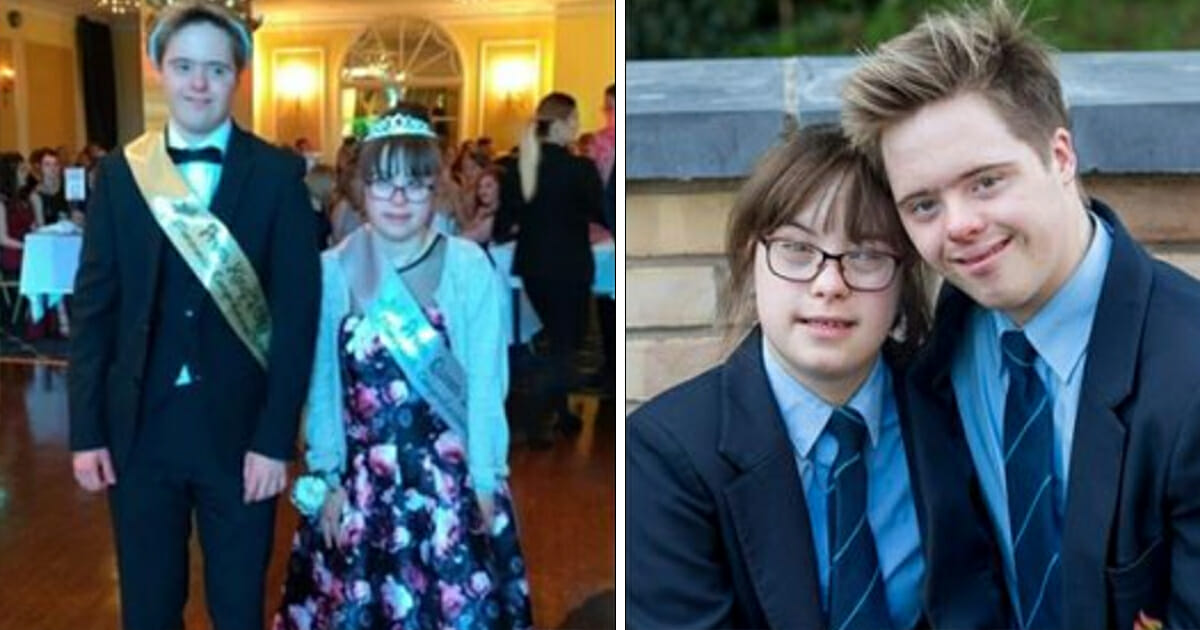 Two teenagers, who both have Down syndrome, have been crowned prom king and queen after a vote from their classmates.

According to reports, 16-year-olds Amelie Barker and Dylan Hughes were “thrilled” to learn that they had won, with Dylan not wanting to take his crown and sash off even after he had gotten home.

The pair were given the title at Monmouth Comprehensive School in Monmouthshire, Wales, after winning a poll undertaken by their fellow students.

Dylan and Amelie have known each other since they were toddlers (they first met when they were three) but started officially dating in March of this year.

The pair didn’t attend primary school with each other, but were then reunited at Monmouth Comprehensive School and soon became fast friends.

A teenage couple with Down’s syndrome have been crowned king and queen of their school prom, following a vote by fellow pupils. Dylan Hughes and Amelie Barker, both 16 from Monmouth, were “really chuffed” https://t.co/4RKrbSgn6N

Dylan’s mother, Victoria, said: “They have become very close over the last 18 months and we all started to realise there was a romance going on.

“Then in March Dylan asked me if he could take Amelie out on a date. They wanted to go to Pizza Express together, just the two of them. It was a lovely idea.”

“The manager and staff were really helpful, they kept an eye and had my telephone number just in case.

“Dylan and Amelie were so excited, I was the one that was a bit nervous. I wanted to hide in the car around the corner.

“But it went off beautifully, they really enjoyed their first date just like any other teenagers.”

From there, things continued to blossom for the sweethearts. They spent evenings and weekends together, taking trips to the movies, amongst other things.

“It’s got quite serious and they are declaring everlasting love for each other,” Victoria continued.

“There was only ever going to be one girl that Dylan wanted to take to the prom.

“Their school friends think it’s very sweet and we knew they had planned a surprise at the prom.

“The evening was in full swing when we had a call to say Dylan and Amelie had been voted prom king and queen. They both thought it was fabulous.”

What a fantastic and heartwarming gesture to make by the other kids at the school. It certainly looks like Dylan and Amelie had a wonderful time at their prom!

We want to give a big thank you to those students who voted Dylan and Amelie deserved prom king and queen!

Help us by sharing this article on Facebook so that word gets out about this brilliant gesture.