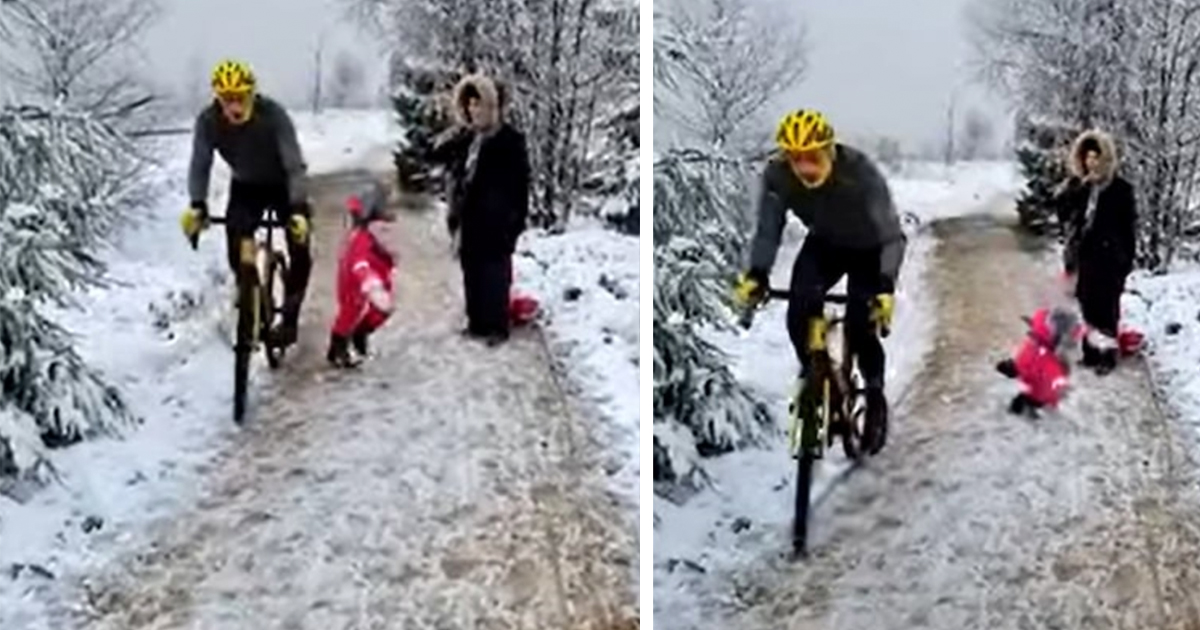 A cyclist caught on camera ‘knee-punching’ a five-year-old girl in Belgium has been ordered to pay the equivalent of just $1 in fines.

Footage was captured by the little girl’s father on Christmas Day, when her family were out for a walk.

In it, the aforesaid cyclist can be seen knocking the child with his knee, before then riding off as she falls over.

The girl’s dad, Patrick Mpasa, uploaded the footage to social media, where a storm of outrage quickly developed. Patrick said he caught up to the cyclist shortly after the incident, but that the man showed absolutely no remorse for his actions.

The cyclist was only caught after the internet helped to identify him using Patrick’s footage. In court on February 3, the suspect said that he had hit the girl by accident to avoid falling off his own bike.

As per the Daily Mail, he said: “When I was riding close to the girl, I felt my rear wheel slide off. To avoid a fall, I brought myself back into balance with a movement of the knee. I felt that I hit the girl, but did not immediately realize that she had fallen.”

The prosecution, meanwhile, argued: “He was annoyed by the people on the path who had to swerve around all the time. He gave the child a ”knee punch” out of sheer annoyance because an obstacle was in his way for the umpteenth time.”

Early reports had suggested the cyclist could even face jail time, but the judge decided to be lenient as he didn’t believe the man had intended to hurt the girl, and he had already suffered enough due to the outrage on social media.

The cyclist will now pay the girl’s family a symbolic compensation payment of one euro ($1).

What do you think to the ‘punishment’ dealt unto this man? Let us know your thoughts in the comments box.