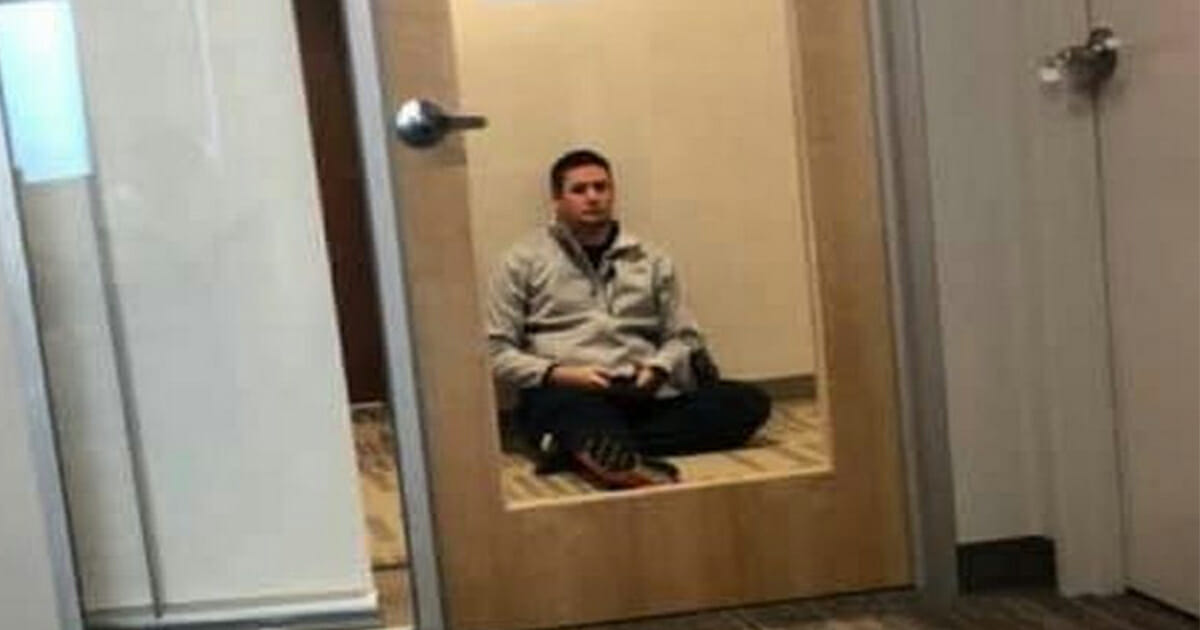 The coronavirus pandemic has brought sadness and misery to millions around the world. It’s placed humanity in a war it wasn’t prepared for, and it seems like each and every day we hear a new story that breaks our hearts all over again.

One father was forced to hear news that his wife had miscarried from behind a window, having been separated from her when they arrived at the hospital because of self-isolation rules.

As per the Daily Mirror, Jared and Sarah Gliem, from Pennsylvania, were divided by a window when they received the tragic news that their unborn daughter, named Cameron, had died.

Sarah took a photo of Jared as he lay slumped against a wall in the hospital, mere moments after being told over speaker phone on March 19.

Sarah had been self-isolating at home for her and the baby’s safety, but started to bleed and so went to hospital with her husband.

When the couple arrived they were placed in separate rooms. Sarah was then told she had lost Cameron.

She told The Sun: “As I was checking in I was asking if he could come back with me because we thought we were having a miscarriage. When they said no I began to sob.

“He watched me through the glass door and was texting me. He told me I don’t have to be the superhero in every situation and that it was okay to not be strong enough for this.

“I snapped his picture when he wasn’t looking because… I wanted to always remember that in times of trouble that no matter what we had each other’s back even if we weren’t together.”

She went on to explain that no one comforted him as he sat crying in the hallway, nor was she able to hug her husband directly.

Sarah, Jared, I’m so sorry to hear about your loss. Our thoughts and prayers are with you.

Such blows are felt even more bitterly during such difficult times. We all need to be there for one another, now more than ever.

Share this article to send your love and prayers to Sarah and Jared.