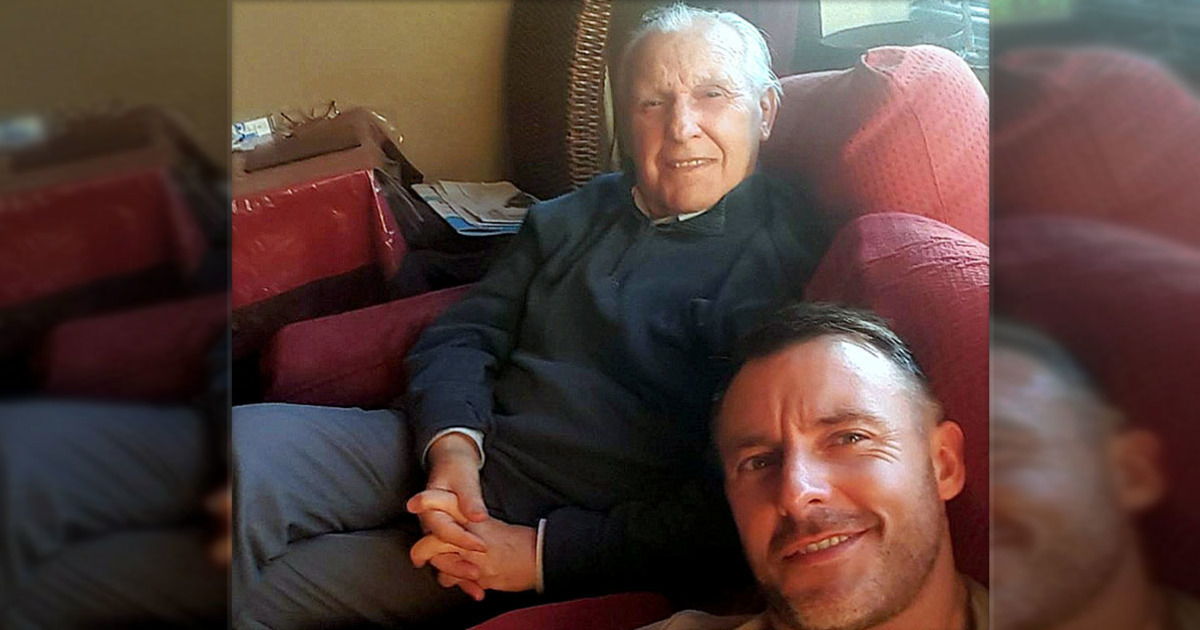 Alzheimer’s disease accounts for about 60 to 80 percent of dementia cases around the world.

And in the United States around 5.4 million people of all ages had Alzheimer’s disease in 2016, according to the Alzheimer Association.

Alzheimer’s doesn’t just affect those who suffer from the disease, but it can also be frustrating for family members and loved ones.

Several years ago, Ted McDermott was diagnosed with Alzheimer’s. Every day, his memory faded and his temperament got a little worse.

But fortunately, his son, Mac, found something that helped improve his dad’s memory, if only for a few minutes at a time…

Music has always been Ted’s passion. In the past, he toured all around Britain singing in nightclubs and pubs.

But as Ted aged and his memory started to fade, performing became more and more difficult.

Still, even though Ted has Alzheimer’s, he also has music in his bones, according to his son Mac.

“My dad’s been a singer all his life and entertainer all his life. He’s a real character and he loves singing. He’s got a good voice,” says his son Mac. “But he started forgetting who I was, and who mum was. He also started getting extreme aggression. That was the crisis point.”

The outbreaks make Ted difficult to handle both medically and emotionally. But Mac was determined to help his dad and keep his passion alive.

And soon, he came up with an ingenious plan…

When Mac realizes his father zoning out, he puts on some of his favorite songs and start singing. Often Ted remembers the lyrics and joins in.

Mac and Ted also started recording their songs so that more people can listen. Mac’s family hopes this little trick can help others with Alzheimer’s manage their symptoms.

Mac and Ted also started a fundraiser so they can record a whole album. Mac promises that they’ll donate 25 percent of the proceeds to Alzheimer’s research!

Watch Ted and Mac sing along in the car in this heartwarming video:

Life isn’t always easy for either Ted or Mac, but at least they have each other and their music to fall back on.

They’ll continue to raise awareness for Alzheimer’s by releasing songs, and I wish them all the luck in the future!