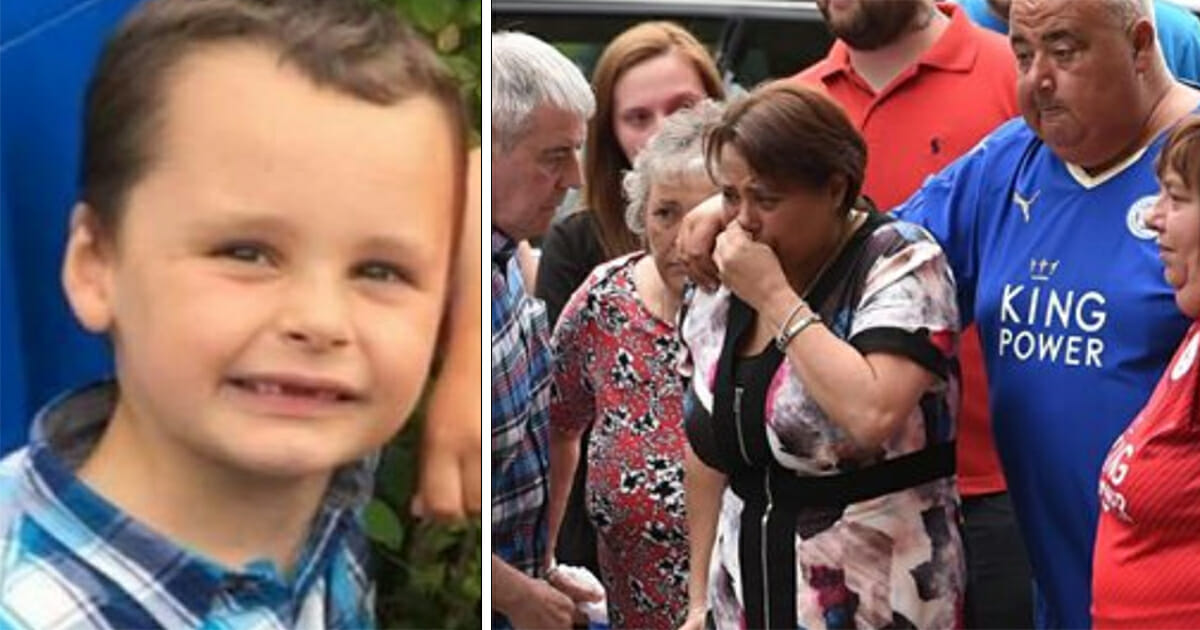 An inquest has revealed how a father killed his two sons and then died by suicide after his wife found out he’d spent money on prostitutes, according to reports.

43-year-old David Stokes and his two young children, Adam, 11, and Matthew, 5, were found dead at their home in Leicestershire, England, on November 2, 2016.

Mr Stokes’ wife, Sally, this week appeared at a Coroner’s Court to speak of the tragedy. She explained how her and Mr Stokes, married since 2011, had separated three months before the deaths.

As per reports, the couple’s relationship had been put under heavy strain and Mrs Stokes had discovered that Mr Stokes had made online searches for such things as escorts and a date rape drug.

Not only that, but Mr Stokes had also purportedly won £40,000 ($51,000) on the lottery, though he had hidden that information from his wife. She later became aware that he had spent the sum on a car and paying for sex workers.

The situation came to a head on November 1, 2016, when Mrs Stokes confronted Mr Stokes about the online searches. As per Mrs Stokes, the situation was “calm” initially and she left the home at 6 p.m.

She later returned at around 9:15pm. It was then than Mr Stokes locked her inside.

He then hit her over the back of the head with a rolling pin and tried to smother her with a pillow. He had told her that her two sons, Adam and Matthew were “with someone”.

Tragically, however, that wasn’t the case. Instead, Mr Stokes had already killed his two children and hidden them under a blanket on a bed in the house.

Mrs Stokes attempted to fight off her husband. managing to run to the garden and scream for help. Mr Stokes then hit her head against a wall and dragged her back inside.

Police were called and a line was established between Mr Stokes and negotiators. He is said to have told police he had a gun, before cutting the the connection at 2 a.m. and stabbing his wife.

As per the BBC, Mrs Stokes told the inquest: “I felt a bump in my back, felt the warmth of blood, then I realised he’d stabbed me.

“The look on his face was like satisfaction. I’ll never forget it – as though he’d won.”

Incredibly, Mrs Stokes was able to escape the house a second time and get to police and paramedics. The house was promptly stormed, where Mr Stokes was found with a knife buried in his chest. He died at the scene.

As yet, the cause of death regarding Mrs Stokes’ children remains unclear, though a pathologist claimed it could be drowning or pressure to the neck.

“It is likely they were unconscious or already dead when they were positioned where they were found,” said Dr Frances Hollingbury.

A note was also read at the hearing, written from Mr Stokes to his wife. After Mrs Stokes had left the court, they heard the words.

“I’m so sorry for what I’ve done,” it said. “Today it all came crashing down and it all had to end. We’ll be together again.

“Sal, I’m so sorry for all the things I’ve done and hurt you. But this last week you have had me completely and totally in love with you.

“You pushed too much. If you had left it, we could have been happy forever.”

The inquest into the deaths is ongoing.

My heart goes out to Sally Stokes. I can only imagine the pain you must be going through now.

Share this article to send her prayers, and to pay your respects to two innocent children taken well before their time.