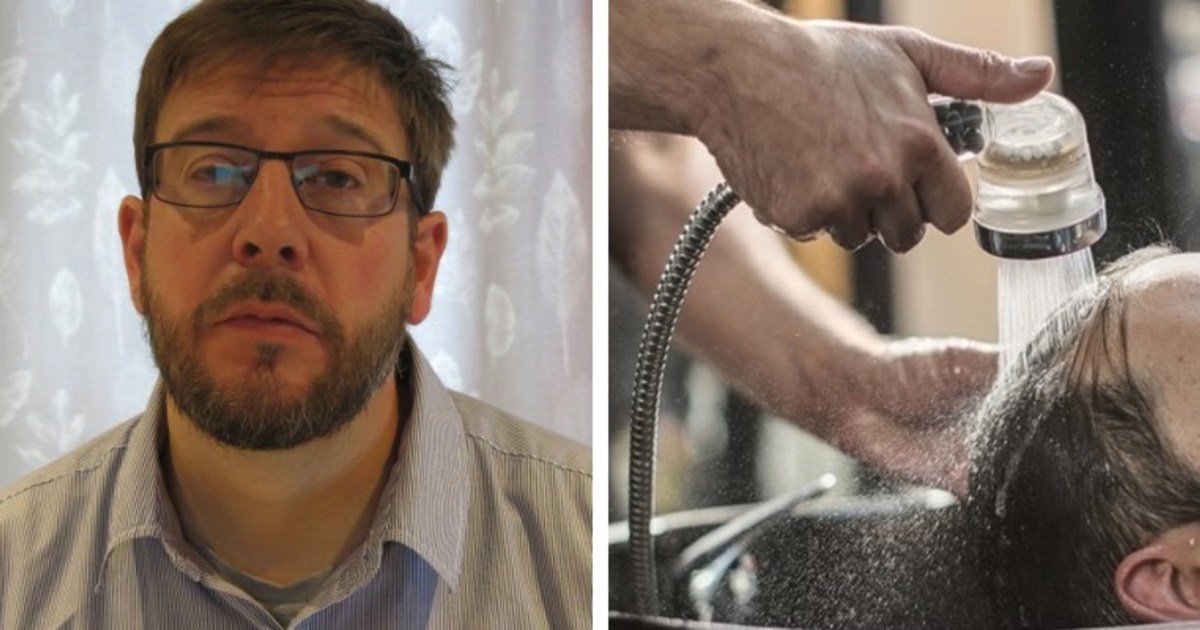 Six years ago, Dave Tyler went to a hair salon to get his hair washed and cut.

But nothing would be the same after that day.

Three days after his appointment at the hairdresser’s, Dave was on his way to a meeting when he lost sensation on the right side of his body and collapsed.

Dave was taken by ambulance to a local hospital, where he was surprised to hear that he had suffered a stroke.

Dave, who is 45 years old, can no longer drive a car and finds it hard to find balance since the stroke.

Six years after the incident, he still suffers from complications and several medical conditions, writes The Mirror.

But how could this happen? The reason is both bizarre and tragic.

It all started at the hair salon.

When Dave’s head was bent backwards for the hair wash, it caused a blood cot in his head.

Most people have had their hair washed at a salon and know the procedure — but this time, something went wrong.

A vein was injured, resulting in a blood clot, which in turn caused the stroke.

Now, Dave Tyler is warning others so that nobody has to experience the same thing, The Mirror reports.

The accident made headlines in Dave’s native England and his warning has been shared by thousands online.

Dave also took the hairdresser to court and received almost $113,000 in damages from the well-known hair styling company.

And it seems that Dave is far from the only one who has suffered from this problem, according to British newspapers.

“Beauty Salon Stroke Syndrome,” as it is called, is a term that has been around since 1993.

Earlier this year, another British woman suffered the same thing.

Studies have shown that the most common position used for shampooing at beauty salons — with the neck tipped far back over the edge of a sink — can reduce the blood supply to the brain, sometimes triggering stroke in the elderly.

In order to prevent this rare but potentially dangerous problem, doctors recommend elderly people not tilt their heads backs more than 15 degrees — especially if they have problems with arthritis in the neck or blood circulation to the brain.

According to Dave, fatal accidents can also be prevented by using soft pillows and towels.

“Salons need to make sure cushions are available,” Dave told The Mirror. “That customers are offered them and that staff know about the syndrome.”

Nobody should have to experience what happened to Dave. But together, we can help prevent this from happening again in the future.

Next time you feel uncomfortable during a shampoo at the hairdresser’s, keep in mind that it could become fatal!