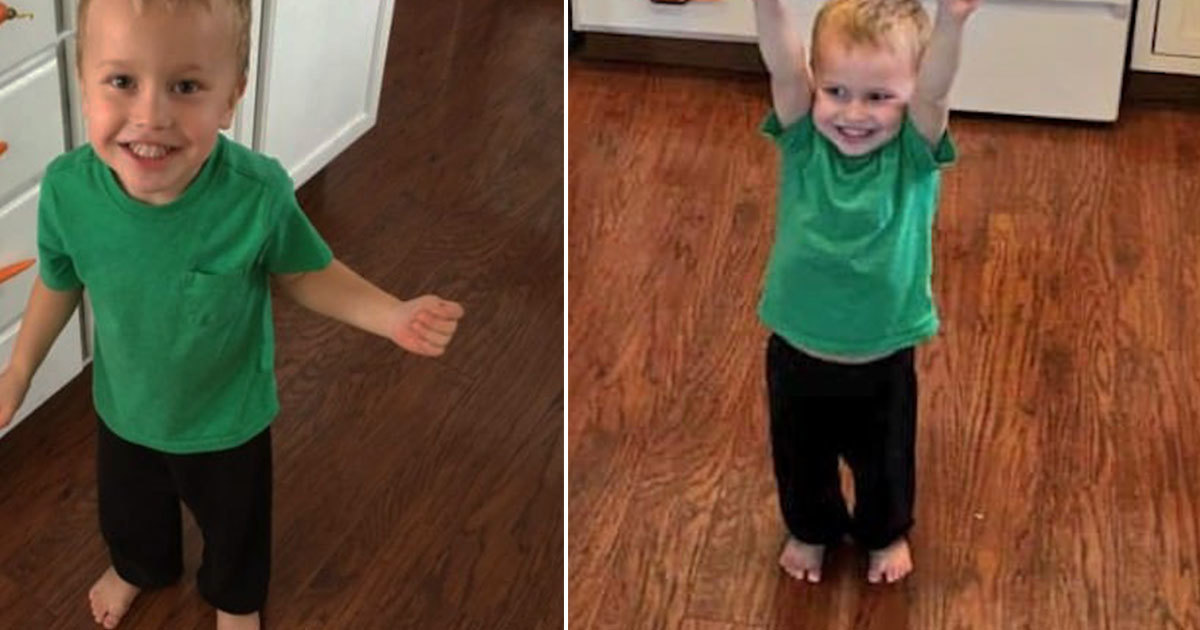 When it comes to imagination, children are unrivaled. Without even trying, they’re like little van Goghs and Picassos.

Take this three-year-old from Utah, USA. His dad was just about to start cooking when he realized that something was missing.

And when he turned around, he saw his little boy creating a work of art that really put a smile on his face.

Art installations can be a little pretentious and missing a certain childlike sense of wonder. But that certainly wasn’t the case here.

After a dad named Samson Olive finished peeling some carrots in the kitchen, he left the room. Then when he came back a few minutes later, the carrots were nowhere to be seen.

Samson thought it was strange that someone had moved the carrots.

Then he caught sight of his son’s smile, and the mystery was solved.

Samson’s son, Osi, had become a real artist. And the Olive family kitchen had become a work of art, with a carrot on each cabinet drawer handle.

Samson couldn’t help but chuckle when he saw the carrot installation.

It’s unclear what Osi’s inspiration was, but he said it made him happy to make an art installation with his dad’s carrots.

“He is a funny little three-year-old with a great imagination and lots of creativity. He is always doing funny things that keep us on our toes,” Samson told Metro.

Samson’s cousin posted pictures of Osi’s art on Twitter and thousands of people soon shared it.

It’s not hard to be impressed by Osi’s creative side. Maybe he’s the next Andy Warhol and we’ve all just witnessed his first installation!