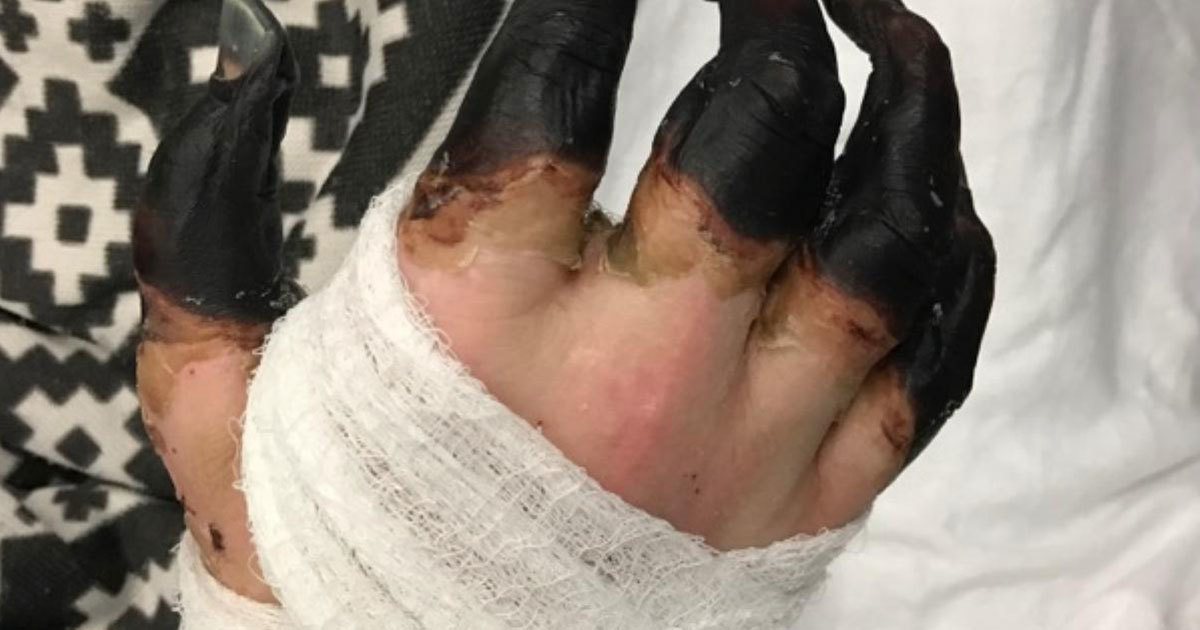 He was a loving husband and father who enjoyed spending time with his family.

He loved life, was active, and worked hard.

But a seemingly harmless infection changed everything for 44-year-old Kevin Breen from Grand Rapids, Michigan.

WARNING: Some readers may find the pictures in this article difficult to look at.

His condition deteriorated rapidly—and there was no alternative but for him to go to the emergency room.

Kevin’s doctors were baffled. They sent the father of two home with some medicine and told him to return if he didn’t improve.

That night, Kevin’s condition deteriorated, and the next morning, he was readmitted to the hospital.

Through a surgical procedure, doctors found soon that his stomach was filled with 1.5 liters of infected puss.

While doctors struggled to diagnose Kevin, his body started to fail him.

As Kevin’s body struggled to keep its vital organs alive, it stopped circulating blood to his hands and feet, causing the flesh on Kevin’s fingers and toes to die.

Finally, Kevin’s doctors made a breakthrough.

After they found out that his three-year-old son had recently had tonsillitis, they tested Kevin for strep.

And sure enough, it turned out that Kevin had a streptococcal infection. It had gone from his throat to his stomach, where his body was unable to fight it.

He was rushed to the intensive care unit and connected to a dialysis machine.

The loving husband and father hovered between life and death, but both he and the hospital staff refused to give up.

Against all odds, Kevin made it.

His entire left hand had to be amputated, as well as several fingers on his right hand and parts of both his feet.

Nothing will be as before, and he still has a long way to go. But Kevin beat the terrible disease. And the fact that he is once again able to play with his children and spend time with his beloved wife is a true miracle.

To help manage his medical bills, a fund was started in Kevin’s name on GoFundMe. And after only 28 days, nearly $111 has been collected!

And Kevin—he’s happy just to be alive.

We wish Kevin and his family all the best in his continuing recovery.