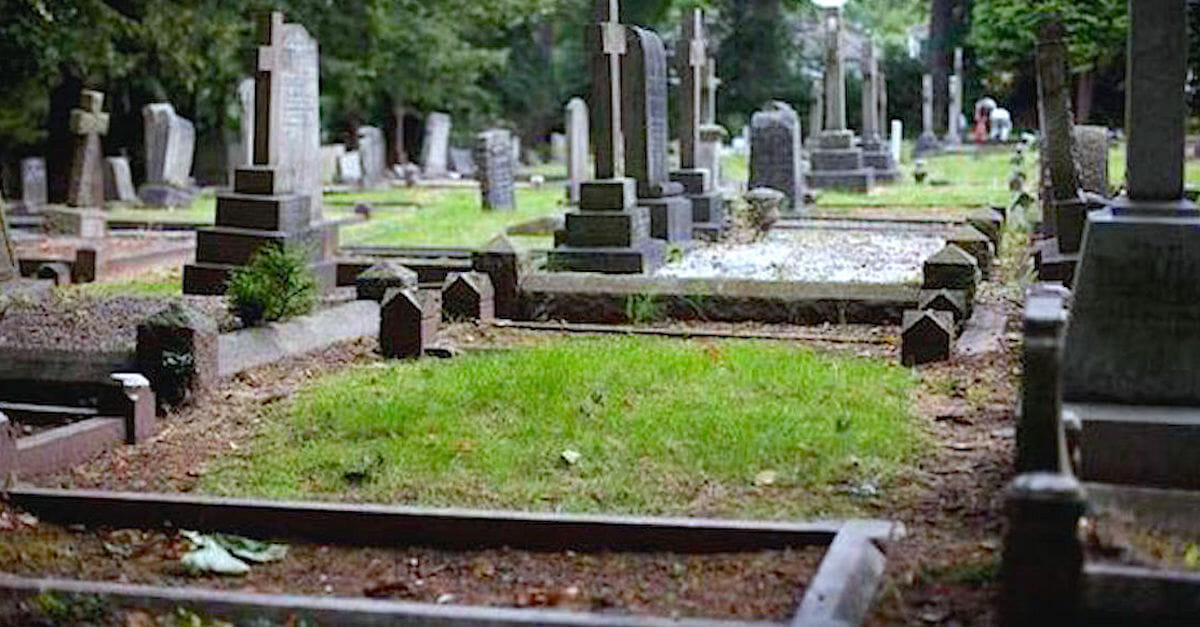 On September 23, 1988, Ernest and Anneke Robinson welcomed their son, Matthew to the world.

Unfortunately, Matthew was born with serious disabilities. Because of deficiencies while in the womb, he was born both blind and paralysed from the neck down.

The doctors told his parents that Matthew was likely to die within a few hours. However, showing extraordinary courage and strength, and with the support and faith of his loving family, he lived until he was 10 and a half years old.

When it was time to lay Matthew to rest in 1999, Ernest decided that his son’s tombstone should be something extraordinary; something beautiful and unique, just for him.

The gravestone would portray all of Matthew’s greatest qualities, symbolising his hope rather than his sadness.

We have to say, Matthew’s gravestone is one of the most moving things we’ve ever seen…

Matthew Stanford Robinson was born in 1988. He was born blind and paralysed from the neck down when he came into the world, but he didn’t let that stop him.

Doctors explained to Ernest and Anneke that their boy might only live a few hours.

But Matthew exceeded the doctors’ expectations. He went on to live a life full of love.

Although he could only speak a few words, Matthew continued to inspire his family and the community where he lived.

The church that held the funeral service was filled from wall to wall with people. In 2000, Ernest decided to build a tombstone, in memory of his son, at Salt Lake City Cemetery. He wanted to create something different and unique, and provide something that would stand out, even in the graveyard.

He wrote the simplest of inscriptions at the base of the tombstone.

But the top is a different thing entirely.

The upper part of the sculpture is a fantastic carving of a boy rising from his wheelchair with his hands towards the sky.

Matthew is depicted as “free from his burdens”.

The gravestone became a symbol of hope and inspiration; a mark against sorrow and dark thoughts.

Matthew’s statue, which has since been visited by millions of people around the world, offers light and embodies courage.

Many people get such feelings when they visit Matthew’s grave.

“One day while driving around doing research at the Salt Lake City Cemetery, I spotted this beautiful headstone and memorial. It immediately brought tears to my eyes, and continues to every time I visit it. Never before had I come across such a touching statue that tells so much just at first glance,” Enjoy Utah reads.

Inspired by his son, Ernest and Anneke established a charity.

It collects money for children who would otherwise go without. The organisation helps the less fortunate; people with conditions such as cerebral palsy, cancer, spinal cord injuries and multiple sclerosis.

The way Ernest and Anneke see it, helping others makes it possible for them to honor Matthew’s incredible contributions to their lives.

It truly is an incredible tombstone that Ernest made for his son. It symbolises so much!